Dozens of flights cancelled due to no-fly zone over B.C. wildfire 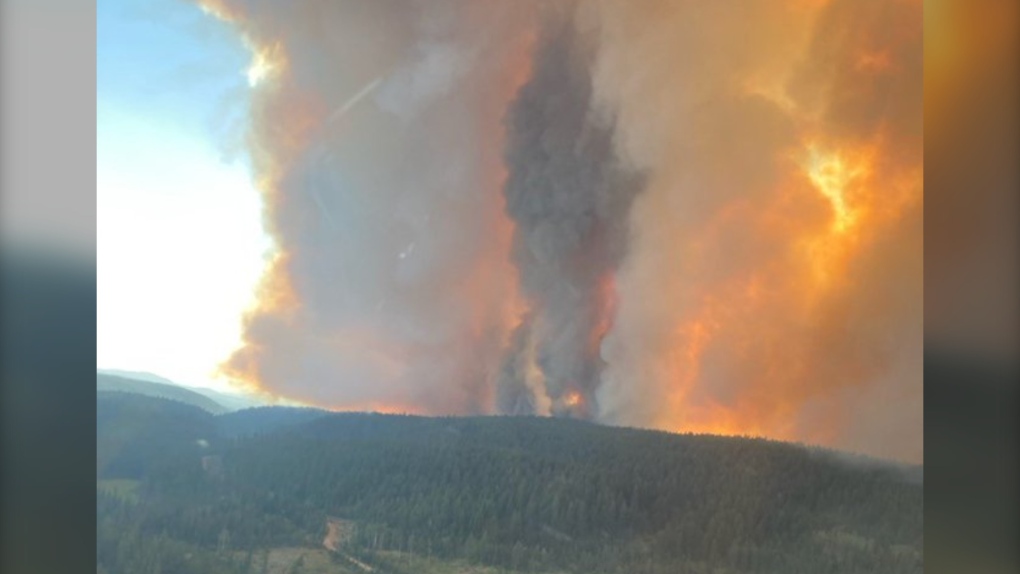 Dozens of flights have been impacted by the spread of a wildfire in B.C.'s Interior.

The City of Kelowna warned Monday night that operations out of its local airport were being impacted by the White Rock Lake fire.

The fire's boundary has moved toward Lake Okanagan, the city said, and there's a no-fly zone stretching up to 10,000 feet above sea level.

The result was the cancellation of all scheduled flights Monday evening, and dozens more into and out of Kelowna International Airport (YLW) Tuesday morning.

Through the city, the airport's senior operations manager said staff were working with industry stakeholders to find an interim solution.

"We appreciate travellers' patience with this evolving situation," Phillip Elchitz said, likening the cancellations to those seen during major storms, and reminding passengers to check with their airline for up-to-date information.

Later Tuesday morning, Elchitz said interim measures put in place in the afternoon will allow for departures and approaches to resume at around 3 p.m.

He did not provide further details on what those measures are, other than that they were established in partnership with the BC Wildfire Service, NavCanada and Transport Canada

YLW's website showed dozens of cancelled flights Tuesday including those coming in from Vancouver, Calgary and Toronto.

Its departures board showed an equal amount of red, with cancellations including flights to Prince George, Edmonton and other cities.

Some flights did appear to have left the airport or arrived safely, however.

The Kamloops Airport, YKA, noted a few cancellations, but most on Tuesday morning appeared to be unaffected by the fires.

Still, the airport posted on social media that it had been experiencing delays and disruptions due to low visibility and airspace restrictions.

These restrictions are due to airtanker activity, the Kamloops Airport posted.

Passengers passing through that airport are also advised to check with their airline.

Authorities said a body discovered in northern Wyoming was believed to be that of a 22-year-old Gabby Petito who disappeared while on a cross-country trek with her boyfriend Brian Laundrie, now the subject of an intense search in a Florida nature preserve.