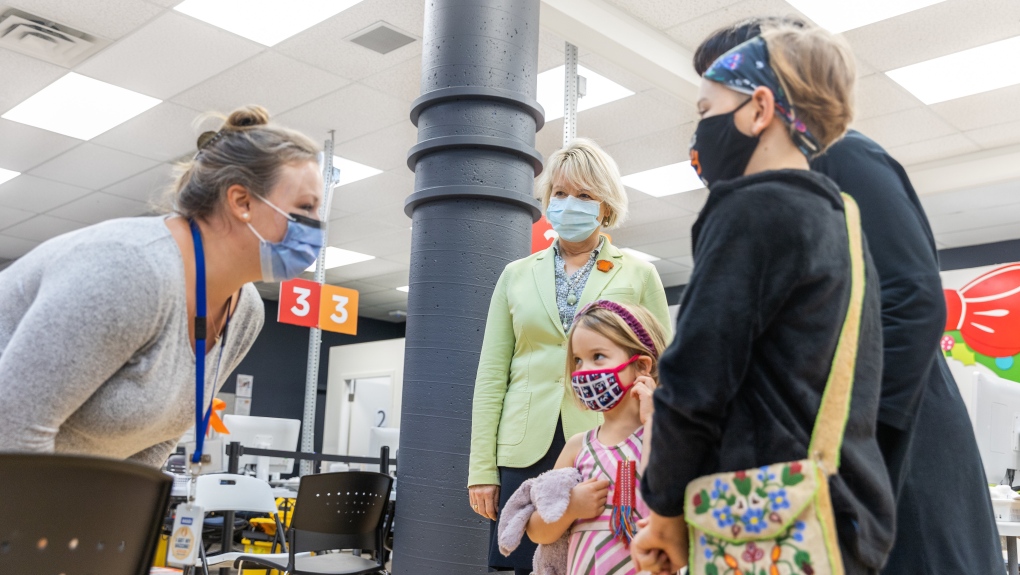 The B.C. government announced 326 new cases of COVID-19 and one related death on Tuesday, shortly after confirming several additional cases of the Omicron variant.

The number of infectious COVID-19 patients in hospital, which reached a three-month low of 241 on Monday, increased by one. The number of those patients in intensive care fell to 82, down from 89.

All of the cases are related to international travel, and involve people between the ages of 18 and 60. Three cases were identified in the Vancouver Coastal Health region, and the other two were found in the Fraser Health region.

Henry said there are also a number of "suspect and pending" cases that are likely to be confirmed as Omicron soon.

"That is not a surprise," she added. "As we've said, once we start to look for it, it is likely that we are going to find it. We know this virus travels quickly and it travels in people and when people move the virus strains move with them."

Officials said they will be providing information on new Omicron cases in daily COVID-19 updates going forward, as well as at Henry and B.C. Health Minister Adrian Dix's weekly briefings on Tuesdays.

While researchers are still working to confirm how Omicron's mutations impact transmissibility, severity of disease and possible vaccine resistance, Henry and Dix have both stressed that getting as many people as possible immunized against COVID-19 is a top priority. Decreasing the spread gives the virus fewer chances to mutate.

The unvaccinated still account for the majority of B.C.'s infections and related hospitalizations, despite representing a dwindling minority of the provincial population. They made up 54.7 per cent of all cases identified from Nov. 29 to Dec. 5, and 59.3 per cent of hospitalizations between Nov. 22 and Dec. 5.

The unvaccinated only represent about 17 per cent of the province's overall population, including babies, toddlers and children under five who are too young for any of the approved vaccines.

Ontario health officials are reporting a drop in the number of COVID-19 hospitalizations on Saturday as ICU admissions linked to the virus climb.

Evive Nutrition Inc. is recalling three batches of its Immunity Super Functional Smoothie due to the presence of raw elderberries, which could cause cyanide poisoning.

The Baltic nations of Estonia, Latvia and Lithuania will send U.S.-made anti-tank and anti-aircraft missiles to Ukraine in a move that Washington says it is fully endorsing amid Kyiv's escalating tensions with Russia

Actor and director Regina King's son, Ian Alexander Jr., has died by suicide. He was 26.