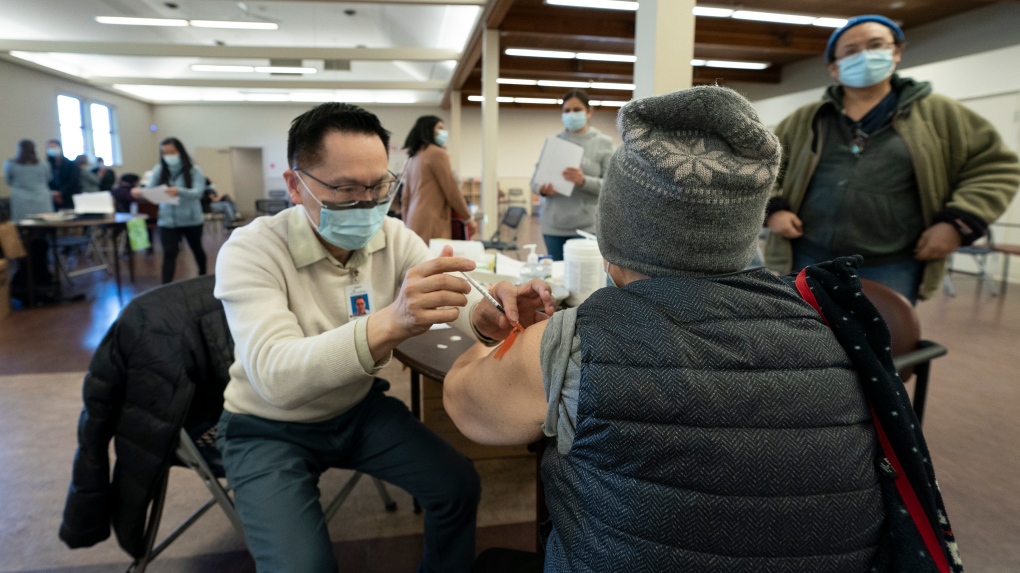 The latest update, released in a written statement, is a "provisional" update because of delayed data, the health ministry said. The numbers released in that statement will be verified later on.

There are currently 5,931 active cases of the coronavirus in the province. Of those, 199 people are hospitalized, including 116 who are in intensive care.

Of the latest positive infections announced in the provisional update, 267 were announced in Fraser Health and 128 were recorded in Vancouver Coastal Health. Interior Health counted 237 cases and Island Health had 66.

B.C.'s latest COVID-19 update said 84.6 per cent of eligible residents aged 12 and older have received at least one COVID-19 vaccine dose. Just under 77 per cent are fully vaccinated. Since the start of the pandemic, 7,494,657 vaccine doses have been administered in the province.

Most of the cases and hospitalizations in B.C. are among unvaccinated people. The latest data released Thursday revealed 68.8 per cent of the 4,861 infections recorded from Aug. 25 to 31 were found in people who are unvaccinated. Another 10.2 per cent were among those who are partially vaccinated, while fully vaccinated British Columbians accounted for 21 per cent of cases.

Since the pandemic began, there have been 167,654 confirmed cases of the coronavirus in B.C. and 1,824 deaths.