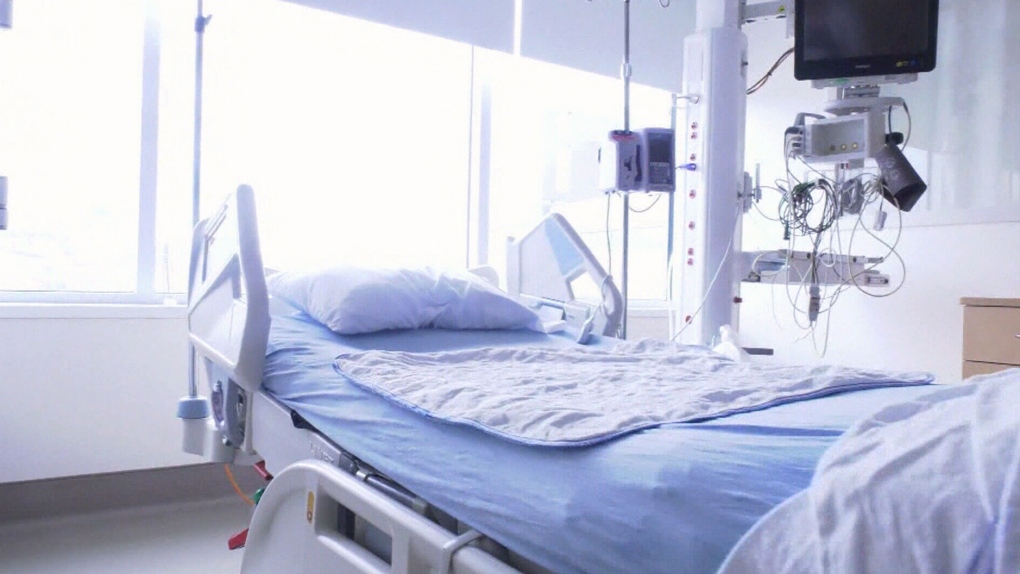 The number of COVID-19 patients in B.C. hospitals reached its lowest point in weeks on Thursday, and regional data from the B.C. Centre for Disease Control shows the decline was driven by hospitals in the Lower Mainland.

The total number of test-positive patients province-wide dropped from 596 last week to 540 on Thursday, amid signs the pandemic's sixth wave may have started to recede.

The largest share of the drop in hospitalizations came in the Fraser Health region, where the hospital census had previously been growing for several weeks. Fraser Health went from 268 patients in hospital on May 12 to 234 on Thursday, a decline of 34.

Vancouver Coastal Health - which has seen its hospitalization totals vary widely over the last few weeks - saw a drop of 28 patients, from 135 on May 12 to 107 on Thursday.

Interior Health also saw its hospital census decline over the last week, going from 96 patients on May 12 to 87 this week.

Not every regional health authority has seen declining hospitalizations, however. Island Health's total increased from 73 to 77 over the last week, and Northern Health's total grew from 16 to 23.

Each of these figures reflects the total number of coronavirus-positive patients in hospitals in the region in question, regardless of whether the patients were hospitalized because of severe COVID-19 or tested positive incidentally while in hospital for other reasons.

Asked why the individual health authorities' totals for a given week don't add up to the overall total reported on the BCCDC dashboard, the Ministry of Health told CTV News the dashboard "doesn't give details for any Provincial Health Services Authority (PHSA) facilities that would include inpatients."

Of the 540 patients in hospital province-wide this week, 528 are listed under regional health authorities, implying that there were an additional 12 COVID-19 patients in PHSA facilities as of Thursday.

The number of patients currently in hospital is the only up-to-date figure the BCCDC releases in its weekly updates on COVID-19 data.

Other numbers released are for the last full epidemiological week – in this case, May 8 to 14.

During that time period, there were 334 new admissions to hospitals province-wide, though that number is expected to increase "as data become more complete."

The bulk of these new admissions were in Fraser Health, where there were 148. Vancouver Coastal Health saw 73, Interior Health 61, Island Health 34 and Northern Health 18.

There were also 1,645 new lab-confirmed cases of COVID-19 recorded across B.C. during the week of May 8 to 14. This total only includes cases confirmed through PCR testing, which is not available to most B.C. residents with symptoms.

Still, it reflects positive test results among those who are eligible for testing, a group that includes some of those most vulnerable to serious complications from the coronavirus.

A weekly map of confirmed cases produced by the BCCDC shows which "local health areas" in the province had the most positive tests overall, as well as which ones had the highest concentrations of new confirmed cases, relative to their populations.

The local health area that includes the majority of the City of Surrey was the only one to record more than 100 positive tests during the week in question, with 154 total infections.

The City of Vancouver is subdivided into six local health areas, each of which saw a smaller number of confirmed cases than Surrey did. Added together, however, these regions show a total of 181 new infections in Vancouver.

Other urban areas also saw higher numbers of cases, with 94 recorded in the Central Okanagan region – which includes the City of Kelowna – and 88 in the Greater Victoria local health area.

Accounting for population, however, the largest number of confirmed cases per capita was found in the North Thompson local health area, which saw more than 20 cases per 100,000 residents per day between May 8 and 14.