Could single-family lots soon hold as many as 6 homes? Vancouver real estate pitch gets tentative nod 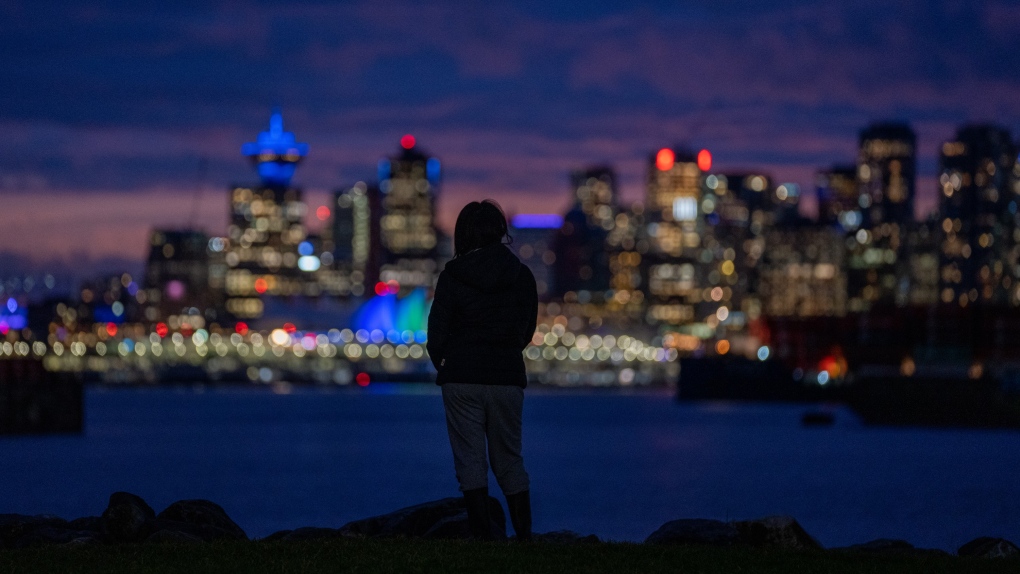 A woman is silhouetted by the lights of downtown Vancouver as she stands in a park in North Vancouver, B.C., Wednesday, Jan. 12, 2022. (Jonathan Hayward / THE CANADIAN PRESS)

A proposal that could see as many as six homes packed into what are currently single-family lots in Vancouver is moving forward after a tentative nod from city council this week.

Council voted in favour Wednesday night of asking city staff to look into a pitch from the mayor to rezone some properties.

According to the mayor's motion, titled "Making Home," up to 2,000 lots could be rezoned from single-detached and duplex to something larger.

Kennedy Stewart suggested rezoning to allow for up to six units, writing in the motion that the intent is to create affordable housing supply.

He wrote that the city is one of the least affordable in the world, "with many residents struggling to rent or purchase homes and adequate accommodation being especially difficult for households with an annual income under $80,000."

The mayor referenced the "missing middle," a term used often in proposals aimed at increasing the housing supply. In this case, it's being used to represent a lack of options for households earning between $80,000 and $120,000.

"Making Home," too, is not a new idea. The motion first came from Coun. Lisa Dominato, and a version amended by the mayor was before council in September 2020.

At that time, what was proposed was up to four market units, two mandatory middle-income units and the option of rental units on a standard lot.

The goal of the pilot project was to start with 100 homes.

Stewart then re-announced the affordable housing plan last October, saying it could lead to the creation of 10,000 new, relatively affordable homes.

The motion approved by council this week asks staff to develop policies or guidelines for what the plan would look like in practice.

Staff members are asked to consider that rezoning to allow for this style of housing would likely need to include modest height increases, lower floor units built below grade, cost expectations and ways to limit potential speculative purchases.

They've been asked to also look at whether development cost levies would be needed for updated water, sewer, transportation and child-care services. Would this housing be affordable for those bringing home less than $80,000? Would upgrades be needed for roads, sidewalks and parks to accommodate a more dense housing situation?

In a news release, the mayor's office said the vote was "paving the way for new homeownership options," and called the assignment to staff a "framework to implement these changes."

It's unclear when this report will be back before council, and 2022 is an election year for B.C. municipalities.

Stewart has announced his intention to run for the city's top job again.

An 18-year-old gunman opened fire Tuesday at a Texas elementary school, killing at least 19 children as he went from classroom to classroom, officials said, in the deadliest school shooting in nearly a decade and the latest gruesome moment for a country scarred by a string of massacres. The attacker was killed by law enforcement.

Crews are working to restore power to more than 150,000 Ontario customers who are still without hydro after a deadly storm swept through the province on Saturday.

Sandy Hook senator begs for gun compromise: 'What are we doing?'

U.K.'s Johnson 'humbled' but wants to move on from 'partygate'

British Prime Minister Boris Johnson and other senior officials bear responsibility for a culture of rule-breaking that resulted in several parties that breached the U.K.'s COVID-19 lockdown rules, a report into the events said Wednesday.

Georgia Gov. Brian Kemp defeated his Donald Trump-backed challenger David Perdue on Tuesday after a furious push by the former president to punish Kemp for not overturning the 2020 election results. Kemp's victory sets up another general election race against Democrat Stacey Abrams, who was unopposed in her primary.

Candidates running for leadership of the federal Conservative party will appear on stage tonight for its French-language debate.