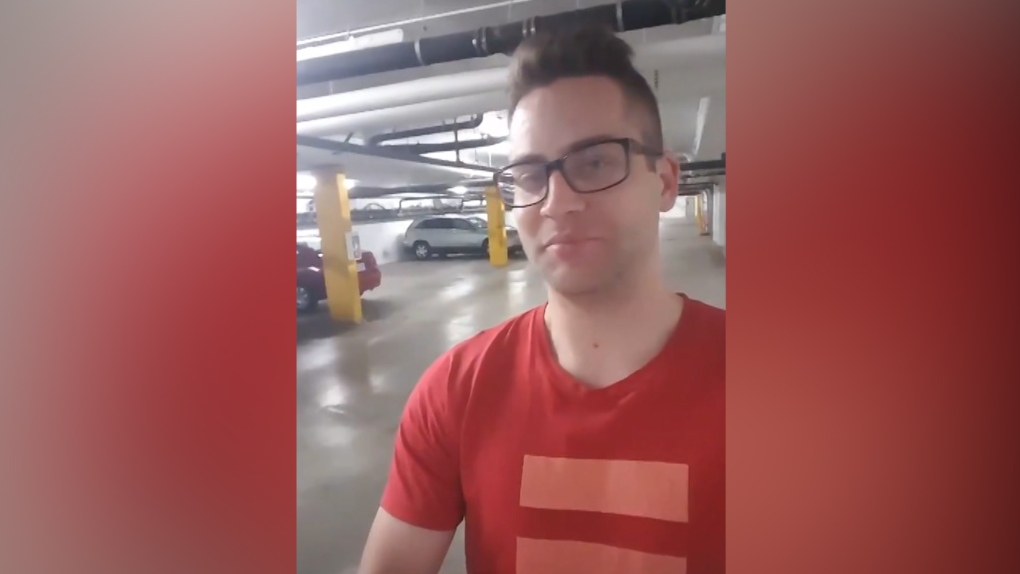 In a since-deleted video, former PPC candidate Brian Misera critiqued People's Party of Canada Maxime Bernier for doing too little to distance the party what he says are alleged ties to white supremacism. (Twitter/@BrianMisera)

This story is developing and will be updated accordingly.

The man expected to run in B.C.'s Coquitlam-Port Coquitlam riding for the People's Party of Canada says he is no longer the party's candidate.

In a series of tweets, Brian Misera confirmed he would no longer represent the party led by Maxime Bernier in the upcoming federal election.

Update: I received an email from HQ stating that my candidacy has been revoked. I am no longer the candidate for my riding. I want to thank everyone for their support.

Misera told CTV News Vancouver via Twitter he would speak in a few days once he was more collected, noting he was still quite upset at the "insults, aggression and hate" from those he says think the People’s Party of Canada supports white supremacy.

"I’m still really sad, I love the PPC," he wrote in his reply to an interview request.

In now-deleted videos, Misera critiqued party leader Maxime Bernier for not doing enough to distance themselves from the white supremacist movement, causing a trickle-down effect for grassroots candidates.

"Focus instead on how we are so unbelievably different than people who believe in racial purity or feel other groups are inferior and want to exterminate those groups," he said in the video, "I don’t want anything to do with that crap and if you can’t be adamantly clear about that I don’t know how the hell you expect me to campaign for you."

"Mr. Misera's candidacy was revoked upon him admitting to being his own Financial Agent which is a violation of the Elections Canada rules," she stated.

She did not reply to a request for follow-up questions.

Misera had previously tweeted how he wanted Bernier to address the party’s alleged ties to white supremacy and the neo-Nazi movement.

"I want to take Nazi concerns seriously, I just don't see how the PPC platform endorses white supremacy though," he tweeted last week, "Claims that we do makes being a candidate that much harder than it already is."

Nor was it the first time he commented on social media regarding the public image of the PPC:

"We need boots on the ground and cheery, outgoing people to improve our public image," he wrote on Sept. 7.

There is currently no candidate listed for the People's Party of Canada in Coquitlam-Port Coquitlam website.