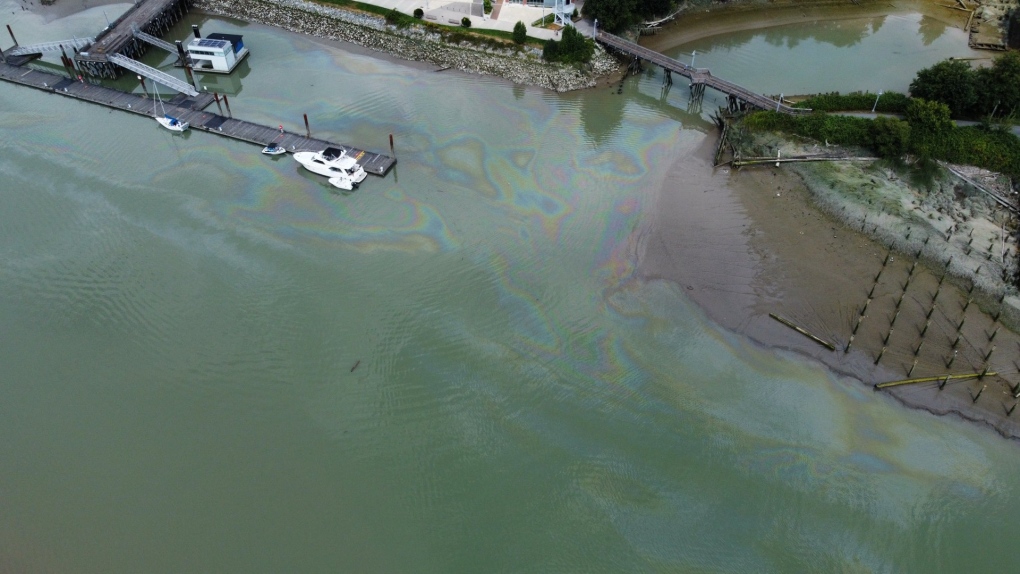 Beaches at Richmond's Garry Point Park are closed after the Canadian Coast Guard investigated and tried to clean up a recent diesel spill.

According to a spokesperson, the coast guard was first informed of the spill on Wednesday evening around 8:15 when it "received a report of a diesel smell and sheen," an email to CTV News says, adding it got dark before they could find out the source of the spill.

The next day, CCG crews found "a large patch of recoverable product on the water," the spokesperson's email continued, adding they "deployed absorbent pads and recovered an estimated 100 litres of pollutants." Those pollutants were primarily but not exclusively diesel fuel. However, the source was still not found despite crews checking in with the owners of multiple boats and ships in the area.

On Friday, the vessel was located and the cause identified.

"There was a line in the engine room of a vessel that was spilling product into the bilge area at a fast rate. The CCG crew removed the bilge pump and turned it off, thereby stopping additional pollutants from entering the water," the emailed statement says.

The City of Richmond announced the closure of the popular beaches on Friday, urging residents to stay back from the shoreline and out of the water.

Beaches at Garry Point Park are currently closed while @CoastGuardCAN investigate a spill in the water surrounding the area. Please stay back from shorelines, keep pets away from the water & avoid swimming. #RichmondBC pic.twitter.com/qSkm1tAex3

The Steveston Harbour Authority and the CCG will monitor the situation over the weekend and the owner of the vessel has been instructed to clean the bilge by Monday, the statement from the CCG concludes.

Police firing tear gas after an Indonesian soccer match in an attempt to stop violence triggered a disastrous crush of fans making a panicked, chaotic run for the exits, leaving at least 125 people dead, most of them trampled upon or suffocated.

Laughter lights up the gathering twilight at Langara College in Vancouver, where first-year health science student Jagiit Singh is chatting with friends next to the school's fountain. But his smile fades when he's asked about the cost of living in Canada since moving from India last year.