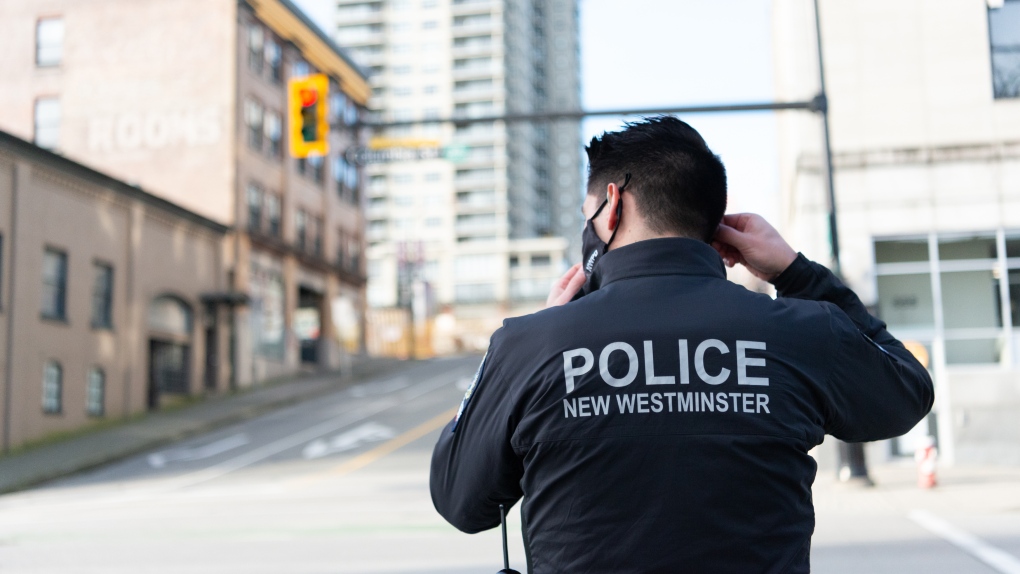 Members of the New Westminster Police Department were called to an address on Surrey Street, near Richmond Street, shortly before 2 a.m. Tuesday for reports of an assault.

The department said its members at the scene witnessed part of the assault. They say they saw a man assaulting a woman.

According to the NWPD, the man noticed police and ran into a nearby home, locking the doors after entering. The victim of the assault was tended to by police, while officers tried to get the man to surrender.

When the man refused to come outside, the Lower Mainland District Emergency Response Team and Lower Mainland Integrated Police Dog Services were called to aid in the arrest.

The ERT is called in for more dangerous situations, as its members have been trained in specific tactics. They've been trained to respond to serious arrest warrants, hostage situations, penetrating blockades and engaging in close-quarter combat, according to the RCMP.

Police said "diversionary devices" and "less lethal chemical agents" were used in the arrest. Officers did not give further details, but these devices and agents can include flashbangs and tear gas.

The man was found inside the home and taken into custody.

Police said they'll be recommending an aggravated assault charge against a 25-year-old from Coquitlam. As he has not been formally charged, he has not been publicly identified.

The NWPD said officers are still working to determine what led to the assault, and how the victim and suspect know each other.

The department thanked residents of the area for their patience and co-operation during the arrest.

The federal government is banning China's Huawei Technologies from involvement in Canada's 5G wireless network. Huawei and the Chinese government have vigorously denied accusations around the danger of spying, saying that the company poses no security threat.

Canada said on Friday it was imposing additional sanctions on Russian oligarchs and banning the import and export of targeted luxury goods from Russia in response to Moscow's invasion of Ukraine. The new measures would put restrictions on 14 individuals including Russian oligarchs, their family members, and close associates of Vladimir Putin, according to an official statement.

Canada's Chief Public Health Officer Dr. Theresa Tam is expected to provide an update on the COVID-19 pandemic during a virtual press conference on Friday morning.

Canadians going hungry: How inflation's hitting some harder than others

British royalty and Hollywood royalty came together on the red carpet for the charity premiere of the new Tom Cruise movie, "Top Gun: Maverick," on Thursday night.

Blocking inflammation may be why some pain becomes chronic, study finds