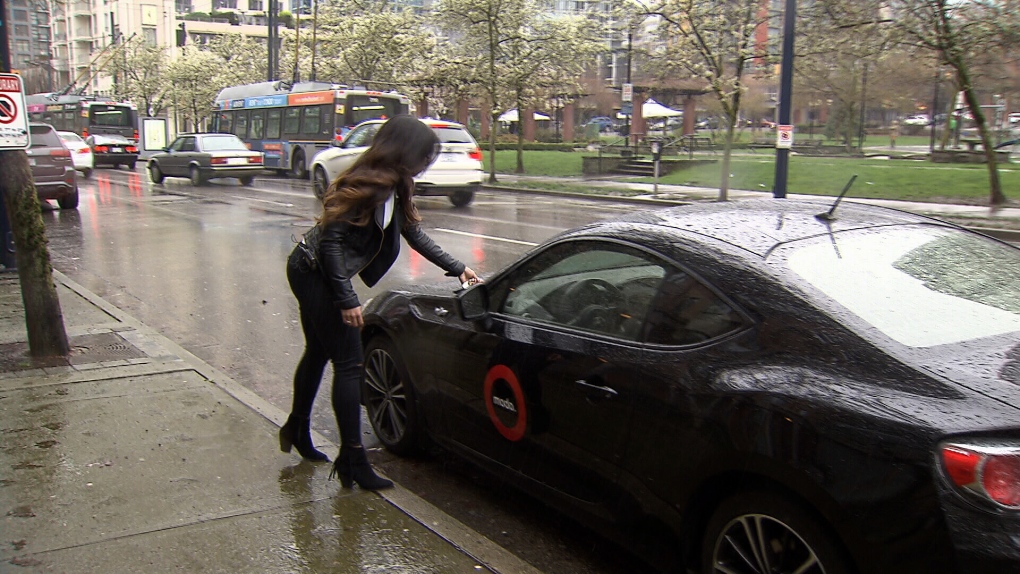 Alicia Haque gave up her car when she moved to Vancouver from Nottingham, England. She now uses the carsharing services Modo and Evo.

More than one-in-five Metro Vancouver residents under age 35 have used a carsharing service in the last year, according to a recent Insights West poll.

Alicia Haque is one of them.

Haque moved to Vancouver from Nottingham, England, last year. There, she said she “had to” own a car in order to get around. Here, that’s no longer necessary.

Haque said she’s able to walk wherever she needs to, and on the occasions when she does need a car, it’s cheaper to be a member of the carsharing services Modo and Evo (she uses both) than to rent or to own her own vehicle.

“At the moment, I don’t really have a need for one,” Haque said. “I can’t justify spending six- or seven-hundred dollars a month on having my own vehicle when I have something like Modo at my disposal.”

That’s the kind of math Modo, which commissioned the Insights West survey, suspected a lot of young people in Metro Vancouver were doing, according to Selena McLachlan, the cooperative’s director of marketing.

“We wanted to try and put some numbers against some of the hypotheses and theories that we had,” McLachlan said. “We had a sense that carsharing is really growing and that there’s a lot more appetite for people to get rid of their cars or not buy a car at all.”

As it turns out, more than half of all Metro Vancouver residents (57%) say there are some benefits to carsharing that would make them consider giving up car ownership, and that number rises to 85 per cent of those under 35.

Other age groups -- especially those ages 55 and older -- are considerably less enamoured with the idea of giving up car ownership, said Mario Canseco, vice president of public affairs for Insights West.

He said most people who use a car share are happy with the benefits it provides, so the younger generation might not age into traditional ownership.

“This group is going to be the middle age group of the future, and if they’re already walking away from car ownership in favour of carsharing, this could lead to all sorts of interesting discussions for the car industry in the next two decades,” Canseco said.

The Insights West poll was conducted online from January 25 - 28, 2016, among a representative sample of 812 adult residents of British Columbia. It carries a margin of error of +/- 3.5 percentage points.