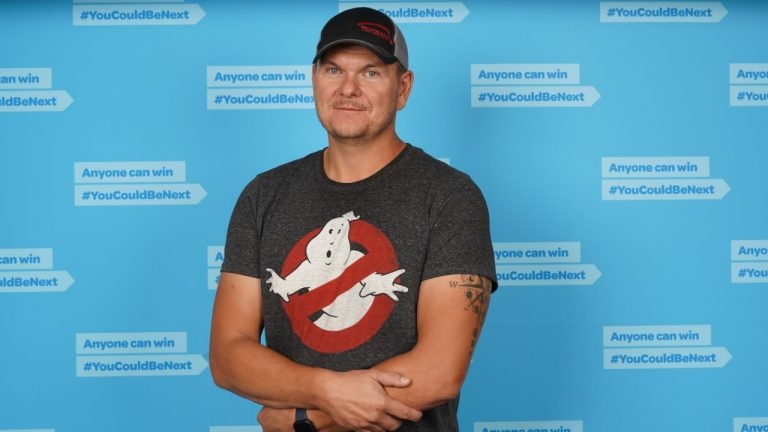 A man from B.C.'s Okanagan is planning to purchase a car and a couple vacations after winning half a million dollars in a recent Lotto 6/49 draw.

Kelowna resident Lorne Hradecki matched all four Extra numbers in the Aug. 31 draw, and told the B.C. Lottery Corporation he spent the "whole day in disbelief" after finding out about his win.

"I thought, 'That can't be right,'" Hradecki said in a news release from BCLC.

Hradecki checked the ticket using BCLC's Lotto! app and at the self-checker at the Independent Grocer where he purchased the ticket on Kelowna's Gordon Drive.

"I took a screenshot when I got home from work to show my friend and he thought I was messing with him," said Hradecki, who wore a Ghostbusters T-shirt to claim his prize.

"I also told my uncle — he believed me and offered some practical advice."

Apart from splurging on a car and vacations, Hradecki said he intends to "make the most of the win" with some careful planning.