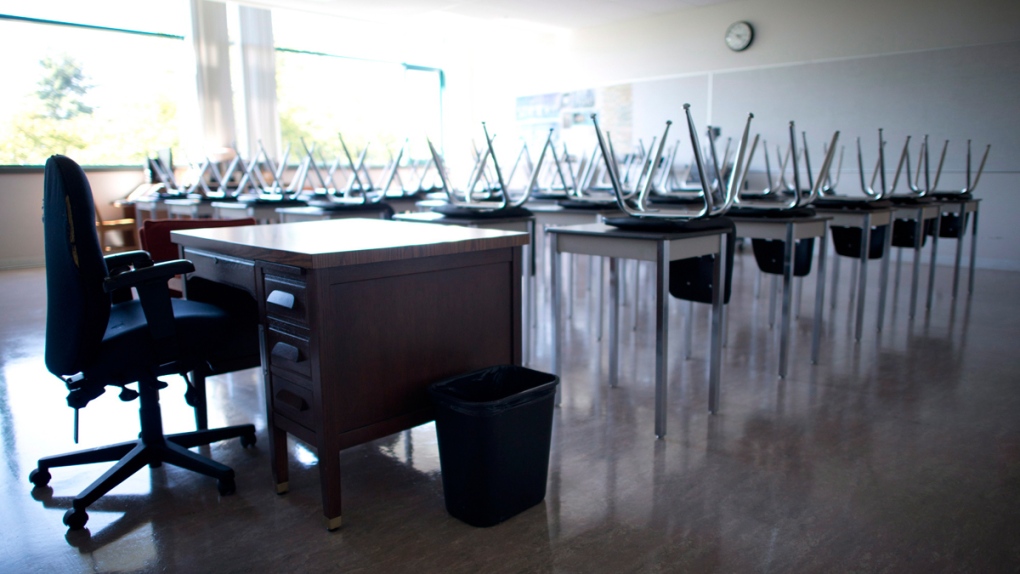 An empty classroom is seen in this file photo. (The Canadian Press)
Vancouver -

Marcel Vasile Sincraian's behaviour was reported during the 2018-2019 school year, when he was a math and science teacher at an unnamed secondary school in the city, according to a consent resolution agreement published online this week.

"Sincraian engaged in inappropriate conduct towards female students, which included communication both in person and through social media about personal matters, and was persistent in his attention to them, despite their attempts to rebuff him," it reads.

The teacher was also found to have taken a number of pictures and videos of his students, most of them female. Some were taken without the students' knowledge or consent, according to the document from the B.C. Commissioner for Teacher Regulation, and Sincraian did not consider whether the parents had consented to having their children's picture taken either.

In addition, he gave some students "two letters that he wrote about his personal life, including his prior romantic relationships," and openly treated his favourite students differently from the rest of the class.

Sincraian resigned from the Richmond school district at the end of that school year. The B.C. Commissioner for Teacher Regulation then reviewed the circumstances, and recently decided to suspend his teaching certificate for two months.

The commissioner noted that Sincraian has already received counselling from a registered psychologist on maintaining professional boundaries, but also ordered the teacher to complete the course Reinforcing Respectful Professional Boundaries through the Justice Institute and to work with a fellow teacher who can mentor him on interacting with students.