B.C. teacher who killed his pregnant wife, thought he was 'smart enough not to get caught,' granted day parole

B.C. teacher who killed his pregnant wife, thought he was 'smart enough not to get caught,' granted day parole

Warning: This article contains graphic content and descriptions of violence

A British Columbia man who, after killing his wife, once tried to claim burning her body and vehicle was part of a "respectful cremation" has been granted day parole.

The Parole Board of Canada made its decision about Mukhtiar Panghali last week, after weighing details of his crime and the progress he's made since being handed a life sentence more than a decade ago.

Panghali was sentenced to life without the possibility of parole for 15 years. He's served about 11 years behind bars, and will now be staying at a community-based residential facility or community correctional centre at night.

He's also subject to a number of conditions including that he have no contact with the victim's family, including his own daughter, unless he has written permission from his parole supervisor.

DETAILS OF THE CRIMES

Panghali was convicted of second-degree murder and indignity to a dead body in the 2006 death of his wife.

Manjit Panghali was 31, and also a teacher.

During Panghali's trial in 2011, the court heard that the victim was four months pregnant with the couple's second child at the time. Her body was found burned in Delta after Panghali reported her missing. Her vehicle was also burned, and located in Surrey.

He'd told police his wife went to prenatal yoga and never came home. Parole board documents say Panghali waited 26 hours to report her missing and, after her body was found and during the months that followed, tried to point the blame at others.

Among the suspects he suggested could be responsible was Manjit's own brother.

Panghali became a suspect, and the court heard during his trial that diary entries from the victim suggested she was trying to make the marriage work.

She'd written in her diary that she and her husband struggled with many issues, including "sex, drugs, alcohol, colleagues and family."

The court heard that Manjit's death was violent. Her cause of death was strangulation, but wounds on her body included blunt-force injuries to her pelvic area and neck.

Panghali's trial judge said she'd gone with a 15-year period because of the aggravating factors in the woman's death, including the violence and that she was pregnant.

The evidence was circumstantial but powerful, the judge said.

Following the trial, Panghali tried to appeal his conviction. He said that Manjit's death was accidental, and that the burning of her body was meant as a "respectful cremation."

The Court of Appeal didn't buy it.

Following his conviction and appeal, Panghali was stripped of his teaching licence. He's banned from the profession for 25 years.

He was ordered years later to pay more than $600,000 in damages to his wife's family. 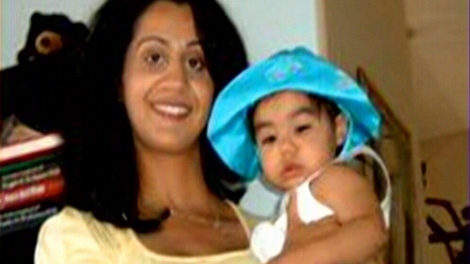 Manjit Panghali is seen in an undated photo.

'SMART ENOUGH NOT TO GET CAUGHT'

Through the course of hearings and meetings after Panghali's conviction, including those held years into his sentence, it came out that Panghali had been thinking about killing his wife for years, the parole board said.

This was because he believed she didn't appreciate him, according to the board.

They'd been fighting about family prior to her death, and at one point, she said his parents and brothers were "dead to her," the board said. It was at that point, Panghali has admitted, that he decided to kill her.

"You admitted to provoking a fight with the victim to become physical in order to end her life, using a chokehold on her well past her being unconscious. You also admitted to burning the victim's body in order to evade arrest, believing that you were smart enough not to get caught," the board wrote in a message directed to Panghali.

Now 50, Panghali has spent years behind bars, taking part in programs and counselling sessions meant in part to make him understand what happened and how to prevent it in the future.

"You noted that there is a lot of work for you to do to repair the harm that you have caused," the board said.

"While your index offence was serious and violent in nature, resulting in the loss of life to the victim and causing significant psychological harm and trauma to the victim's family, you have taken a number of steps over the years to address your risk factors."

Ahead of the parole board decision, Panghali said he was "raised around violence in relationships and (was) unable to manage the dynamics" in his own.

According to the board, he's accepted the impact the family violence in his upbringing had on his approach to relationships.

He acknowledged he was "manipulative and mean" to his wife, and expressed remorse for his "regressive and rather archaic attitudes and beliefs about marriage and intimate relationships."

He's completed about 40 to 50 programs, including those focused on communication that does not involve violence.

When he first got locked up he fought with other inmates, but he's had no issues over the last five years in three institutions, the board said.

His psychological assessment included that he's considered "low-moderate" when it comes to risk of violent offending during day parole, and recommended a gradual return to regular life, starting with unescorted temporary absences (UTAs) and then moving to day parole.

He's had eight or more UTAs without issue, the board said.

Still, his psychological evaluation suggested he should still be considered "high risk" for violence when in domestic settings. 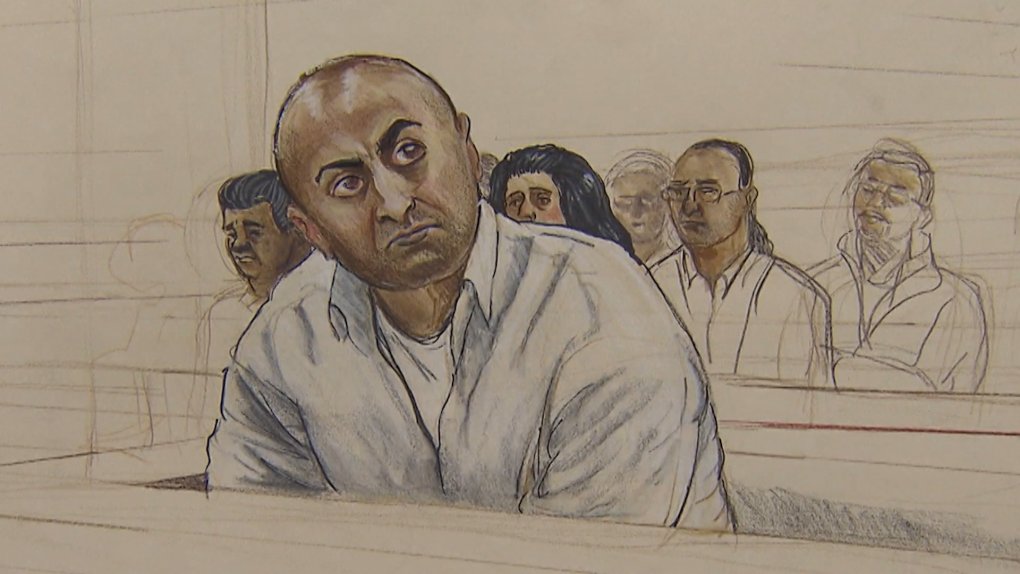 Mukhtiar Panghali is seen in a court sketch.

Despite the risk of intimate partner violence, the board decided to go ahead with six months of day parole.

Panghali, who had no criminal history prior to his wife's murder, has the support of his family and a pastor, as well as some support groups.

He's benefitted from the programs in prison and would do well to continue that work, the board said, but he's exhausted all such programs he can complete while incarcerated, and instead can look to similar options in the community.

When it comes to finding employment, Panghali can't teach anymore, but the board said it was encouraged by his work in prison including in construction and as a tutor.

While on day parole, Panghali will be required to continue on his treatment plan, which includes working on "emotions management," healthy relationships and preventing domestic violence.

He's not allowed to use alcohol or drugs, and must report all relationships to his parole supervisor.

He's already under a lifetime weapons ban, imposed when he was sentenced, and had to submit his DNA to law enforcement.

Panghali also can't have any contact with his wife's family, including with his daughter, unless he has written permission from his supervisor.

The board said he had been in contact with his daughter until 2019, when she asked for space. He hopes to have a relationship with her in the future, the board was told, but has been respecting her wishes.

Chief of the defence staff Gen. Wayne Eyre has ordered an immediate halt to all non-essential activities in favour of boosting military recruitment and retention, as the Canadian Armed Forces faces an unprecedented personnel crisis.

Suspect in the deaths of a California family has been arrested for kidnapping and murder, authorities say

The suspect in the kidnapping and killing of four California family members, including their baby, was arrested late Thursday.

Researchers look for ties between modern behaviour and Neanderthal DNA, a series of stabbings are under investigation in Las Vegas and Conservative Leader Pierre Poilievre is condemned over the use of a YouTube tag. Here's what you need to know to start your day.