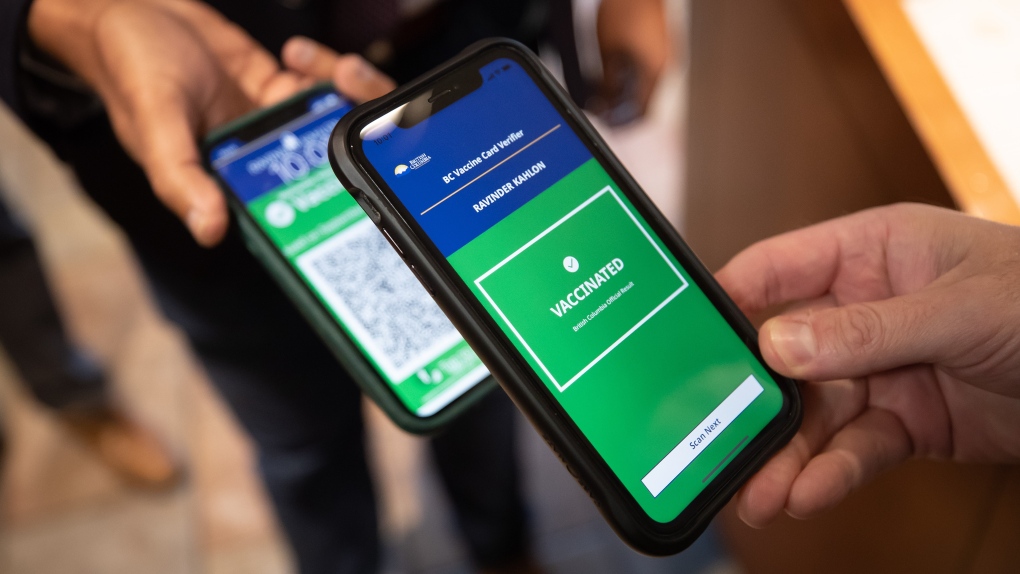 The rollout of B.C.'s vaccine card system left many seniors feeling confused, frustrated and inadequate, according to researchers from Simon Fraser University.

After speaking with more than 500 seniors, the team at SFU's Science and Technology for Aging Research (STAR) Institute aruthe province failed to properly consult with seniors and seniors' advocates before implementing the proof-of-vaccination requirement.

"A lot of seniors I spoke to asked, why didn't they consult us? Why didn't they ask for our opinions?" said Hannah Shin, a community-based researcher in the STAR Institute.

"That was the biggest one. The second was, what ever happened to mail-outs? Not everyone has access to digital technology, particularly people on the lower end of the income spectrum. We need to think about how we're making information accessible."

The province's vaccine card system was implemented in September, and requires B.C. residents to present a personal QR code – either physical or digital – when accessing restaurants, movie theatres and other non-essential services.

When accessing the QR code on a smartphone, there was notably no clear button to download it at launch, meaning users were required to take a screenshot for easy access. That was something some seniors struggled with, Shin said.

The researcher said many seniors engage comfortably with technology, and others are eager to do so but lack digital literacy. Some of them were forced to stop taking in-person computer classes because of the pandemic.

"The big issue is the digital divide and how it impacts seniors in B.C., and the vaccine card rollout is just one example of that," Shin said.

"During the pandemic, when you needed it the most, a lot of people did not have access to digital technology or didn't know how to use it. That was creating a lot of anxiety and fear. A lot of older adults are very capable and independent, but sometimes struggle to ask for help."

The government did provide a phone option for vaccine card registration, and mailed out physical QR codes to those who requested one. The vast majority of seniors who were consulted for SFU's research were using a physical QR code.

Some of the messaging and labelling also caused confusion, the team found, noting some seniors initially believed "vaccine card" meant the wallet-sized card they received while getting their shots.

Much of the subsequent support and technical assistance for those seniors fell to community groups, according to Shin, who also works for the 411 Seniors Centre in Vancouver.

"A lot of them would come to 411 and our program staff would assist our community members to get their QR," she added.

To ensure a smoother process for rolling out a similar system in the future, the researchers recommended that government do more consultations with seniors and seniors' groups, use clear language that avoids technical jargon, and provide more information through traditional methods such as TV advertisements and direct mail.