B.C. man who held girl in dungeon for 181 days dies 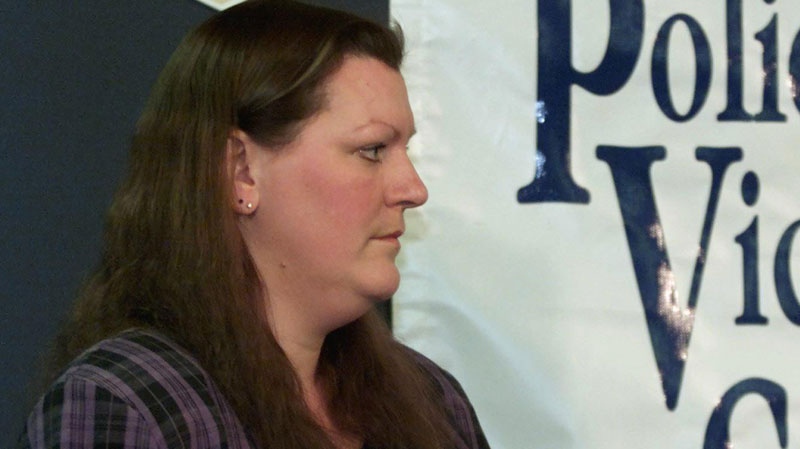 Abby Drover listens to her introduction to media at Vancouver Police headquarters during a news conference Jan. 18, 2001. Drover was 12 years old in 1976, when she was kidnapped by Donald Hay and held for 181 days in an underground bunker. (CP PHOTO/Chuck Stoody)

A British Columbia man who kidnapped and raped a 12-year-old girl in an underground bunker more than three decades ago is dead.

The Correctional Service of Canada said Monday that Donald Alexander Hay died Sunday at the Regional Psychiatric Centre in Saskatoon. The service said Hay, who was 79, died of natural causes following a lengthy illness at the institution's hospital.

Hay kidnapped Abby Drover in 1976 and held her prisoner for 181 days in an underground dungeon he had built under his home in the Vancouver suburb of Port Moody.

Despite a massive search, in which Hay participated, no trace of her was found.

She was discovered six months later after Hay's wife called police, fearing he had killed himself in his locked garage.

Police found Hay, his pants around his ankles, emerging from a garage cupboard that concealed the entrance to the underground room. Drover, wearing the same clothes she had disappeared in, followed him out.

The girl was often handcuffed and at times denied food and water during the her ordeal.

Hay pleaded guilty and was sentenced to life in prison in 1977.

At a parole hearing in 2006, Hay claimed he thought he was helping the girl when he locked her in the bunker because he thought she was being abused. He blamed alcohol for his offences.

When Hay was up for parole in 2001, Drover said he should remain locked up.

"Please don't let him out," she pleaded in 2001. "I was always terrified to think of him being released and now, after hearing him speak, deny and still minimize his crimes, it horrifies me to think the day will ever come that he will walk free."

Drover, now a mother of five children, has spoken publicly about her ordeal as a way of supporting other child-abduction victims.