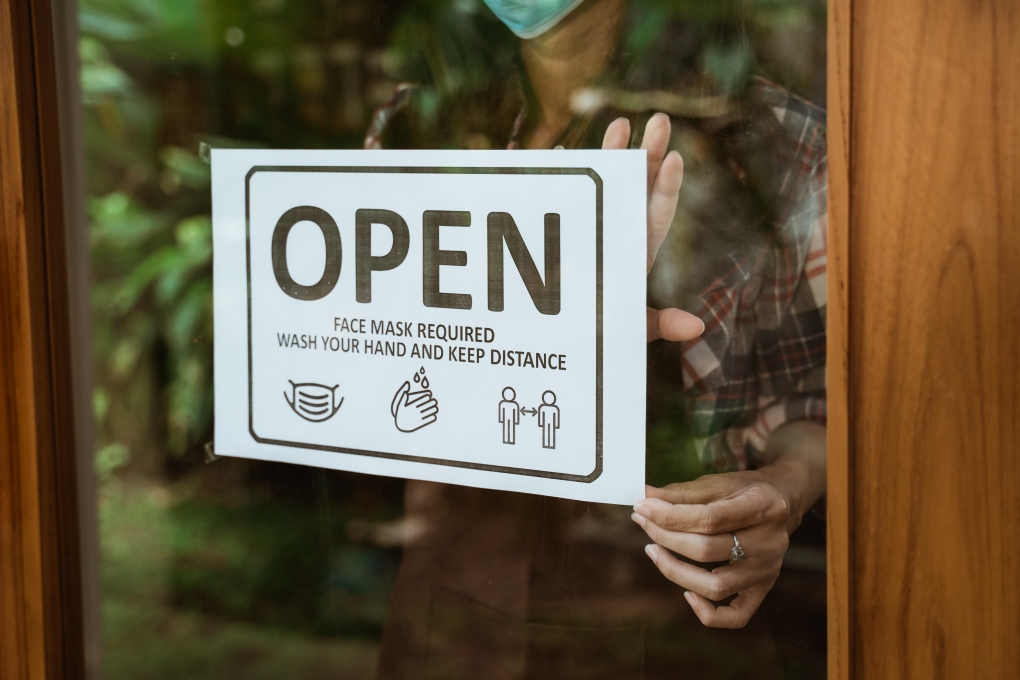 A human rights complaint filed against Lululemon Athletica over its COVID-19 mask policy has been dismissed by a B.C. tribunal.

The complainant, Yvonne Coelho, claimed she was discriminated against when she was told last November she couldn't shop inside without wearing a mask.

She told the employees she had a "medical exemption," but was advised she could only shop outside or online, according to the B.C. Human Rights Tribunal's decision, which was posted online last week. Lululemon denied discriminating against the Coelho and requested to have the complaint dismissed.

At the time, B.C. hadn't yet implemented its mask mandate for indoor public spaces. However, Lululemon implemented its own policy requiring masks for employees and shoppers in late July. Staff members were told they could offer customers three alternatives: buying online with pick-up at the store, online shopping with delivery or having an employee get the product and complete payment at the door.

The tribunal heard that Coelho refused those options during the Nov. 20, 2020, incident, and instead argued with a manager that she should be allowed to enter without a mask due to her condition.

"When the manager continued to insist, Ms. Coelho asked for the basis on which she was being asked to leave, noting 'it’s your store policy, it’s not the law,'" tribunal member Emily Ohler wrote in her decision.

"When asked to either put on a mask or leave, Ms. Coelho said, 'Um, so, I don’t wanna leave.' When offered the opportunity to shop online or outside, Ms. Coelho said, 'no, because that’s discriminatory. It’s against the Charter of Rights and Freedoms.'"

That complainant told the tribunal her condition poses an increased risk of panic attacks and anxiety attacks as a result of claustrophobia, according to the decision. Coehlo presented a medical note from a naturopathic doctor purporting to grant her an exemption.

Nine days after Coelho visited the store, B.C. implemented a mandatory mask policy for all indoor public spaces. Ohler's decision pointed out that Coelho used the public health order's "language of 'exemption," which wasn't in place at the time of the incident.

"The use of the word 'exemption' in public health orders seems to have created some confusion," Ohler's decision said.

"The public health orders do not change the fundamentals of how human rights protections operate under the (Human Rights Code)."

Ohler found Coelho had failed to demonstrate she experienced an adverse impact due to the incident, and noted that Lululemon had offered her several other shopping options, which Coelho refused.

"Ms. Coelho is seeking her perfect accommodation – to shop freely in‐person at Lululemon’s stores without having to wear a mask, at a time when the province had declared a state of emergency over a respiratory virus about which little was yet known," the decision said.

"Ms. Coelho chose to simply leave the store rather than explore the accommodation options that Lululemon immediately put forward. This alone would support a finding that Ms. Coelho herself thwarted the accommodation process in all the circumstances."

A similar human rights complaint decision was also published last week, after a person shopping at a pet food store was denied entry for not wearing a mask. In that situation, Ohler also determined the shopper was offered adequate accommodation.

"If a complainant establishes that they experienced a disability‐related adverse impact – such as not being able to wear a mask and being barred from entering premises as a result – this does not then entitle the complainant to simply do what they please," Ohler wrote.

"Rather, it requires the respondent to reasonably accommodate the complainant to try to mitigate that barrier."