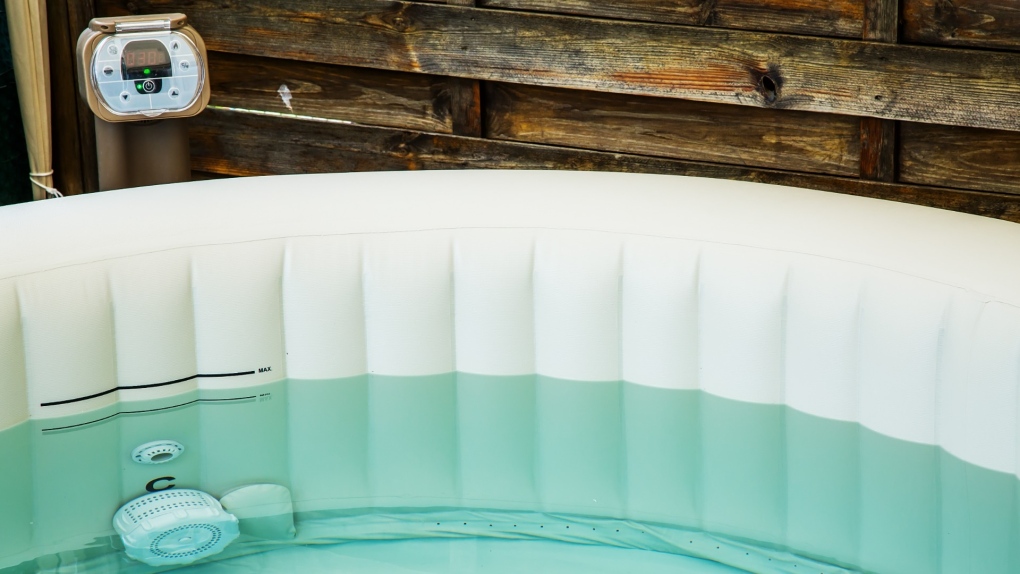 An inflatable hot tub is seen in a Shutterstock image.

A B.C. homeowner has won a battle against his strata's hot tub ban – but he might not win the war.

The dispute over Doug Fleming's portable hot tub started two years ago, and came to a head this week at the province's small claims tribunal.

The Civil Resolution Tribunal's decision, published Monday, means Fleming can fill his boots – or, more literally, his detached hot tub – without fear of retribution from his strata corporation, at least for the time being.

The tribunal heard Fleming's strata manager first approached him about his hot tub in May 2020, and asked him to seek council's approval before continuing to use the leisure product on his limited common property patio.

Later that year, council decided to move ahead with a new rule barring the use of any hot tub or Jacuzzi, either portable or attached, on common property or limited common property within the strata.

Fleming received a written notice in October 2021 that he was violating the hot tub ban, and another in March 2022 giving him three days' warning to remove the tub or face a fine of up to $50 per week.

Carmody noted that stratas are well within their right to govern the "use, safety and condition" of limited common property – but ultimately found the council had committed a bureaucratic blunder that rendered its own rule unenforceable.

Under B.C.'s Strata Property Act, new rules take effect immediately, but must be ratified with a resolution, passed with a majority vote, at the next Annual General Meeting in order to remain in effect permanently.

Fleming argued the AGM vote held in November 2020 was invalid – in part because strata members were not given the option of voting by proxy using a person of their choosing, as required by SPA Section 56 – and Carmody agreed. The tribunal member ordered the strata to stop enforcing its rule prohibiting hot tubs immediately.

Still, Fleming might not have long to bask in the warm waters of victory.

"Nothing in this decision prevents the strata council from making a new rule prohibiting hot tubs," Carmody noted.

B.C.'s Civil Resolution Tribunal is a part of the province's justice system that was designed to handle some civil law disputes without the need for lawyers or court hearings.

Members make decisions based on "a balance of probabilities," meaning they must find a claim more likely than not to be true.