The jury trial of a man accused of sextorting Port Coquitlam, B.C., teen Amanda Todd heard testimony from a digital investigator that the girl's name turned up during analysis of a hard drive seized from the home where Aydin Coban was arrested.

Coban has pleaded not guilty to extortion, child luring, harassment and possession of child pornography.

The Crown alleges Todd was targeted from age 12 to 15 by a sextortionist with 22 phony accounts, who tried to use explicit images of the teenager as leverage to get her to perform sex acts online. Todd died by suicide in 2012 at the age of 15.

Det. Frank Van der Molen told the court he was part of a team of digital investigators that analyzed devices seized from a bungalow in the southern part of the Netherlands, where Coban was arrested in January 2014.

“That hard drive was broken,” he told the court. “We weren’t able to make a forensic copy of it. So we sent that to the Netherlands Forensics Institute.”

Van der Molen testified the institute was able to repair the hard drive and produce a copy. He told the court among the contents of the hard drive, there was a playlist that included a video file with “Amanda Todd” in its name. The court heard the words appeared more than once connected to file names listed on the drive.

Amanda Todd’s mother Carol spoke outside court about seeing her daughter’s name in the court exhibit which was displayed on a screen for the public gallery.

“Now I feel that we’re rounding the bend where we’re going to connect more dots,” she said. “And that’s a good thing.”

In cross examination, Van der Molen testified there were no actual videos of Todd found on any of the devices he analyzed.

The trial also heard testimony about Coban’s arrest from another Dutch police investigator. Chief Inspector Joerie van Schijndel told the court during cross-examination that, on the night undercover officers entered the bungalow, Coban came out of the washroom. 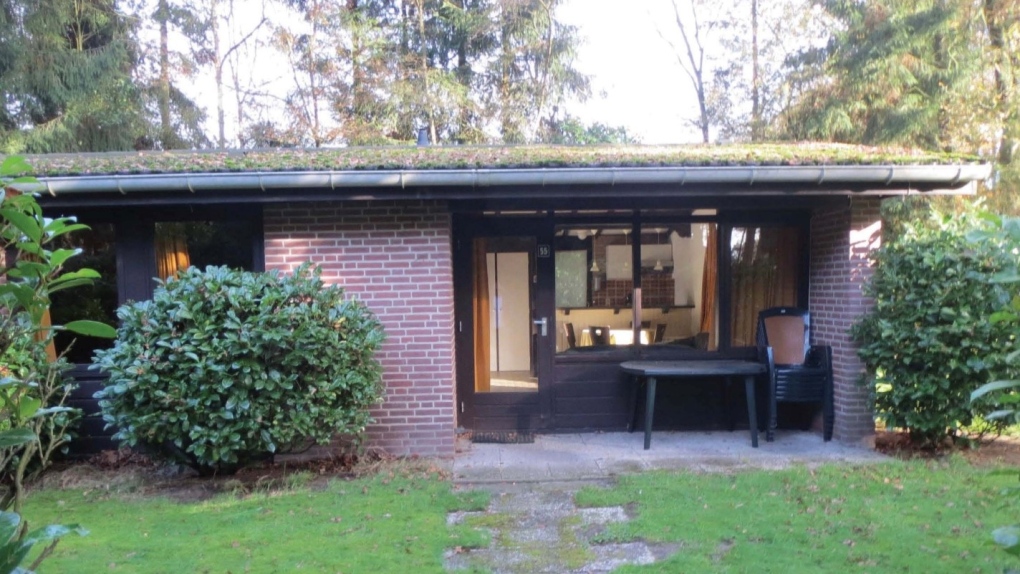 The Netherlands bungalow where Aydin Coban was arrested and searched by police.

“He had a pipe, iron pipe or something like that in his hand,” van Schijndel said. “My guess is that he saw us in the mirror, went in the washroom, grabbed the pipe, went out, and then the arrest took place.”

The jury also heard testimony about a covert police operation that took place at the bungalow in the month prior to the arrest. 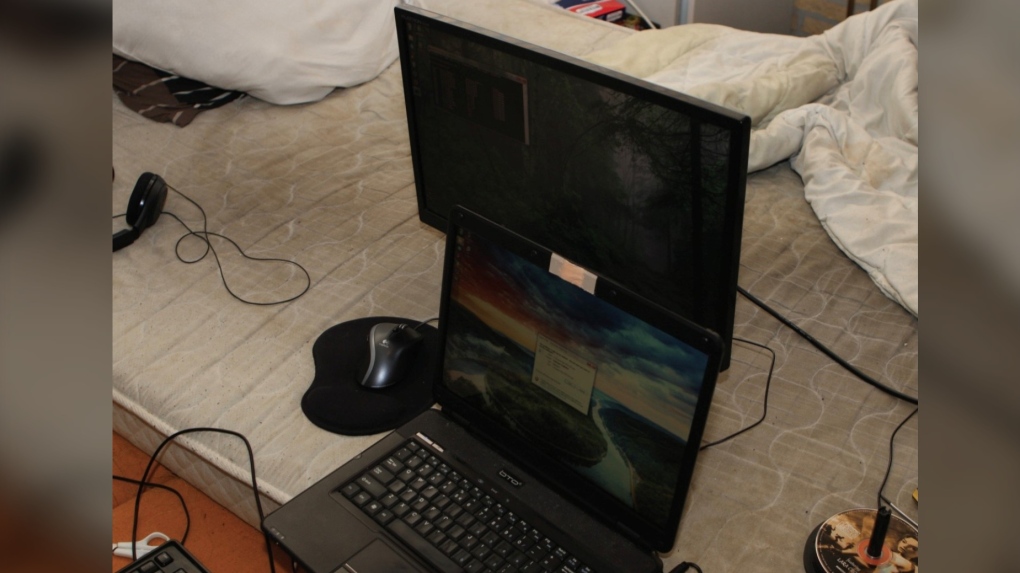 Desktop computer and laptop found while searching the Netherlands bungalow where Aydin Coban was arrested.

Insp. van Schijndel testified data from some electronic devices was copied or “imaged” at that time, and two hard drives too large to image at the location were temporarily removed and brought to a forensic lab before being replaced. He also testified about “key logger” or monitoring software installed on a laptop and desktop at the bungalow.

The defence has not yet presented its case. Coban’s lawyer has said the case is about whether Crown can prove who was behind messages sent to Todd.

Todd’s mother said while a lot of the testimony at the trial has been technical, it’s important for people to understand.

“I’m thinking that Amanda’s story, Amanda’s case is precedent-setting,” she said. “It’s going to change the landscape that we see.”

This is the third week of the seven-week trial. Testimony is set to continue on Wednesday. 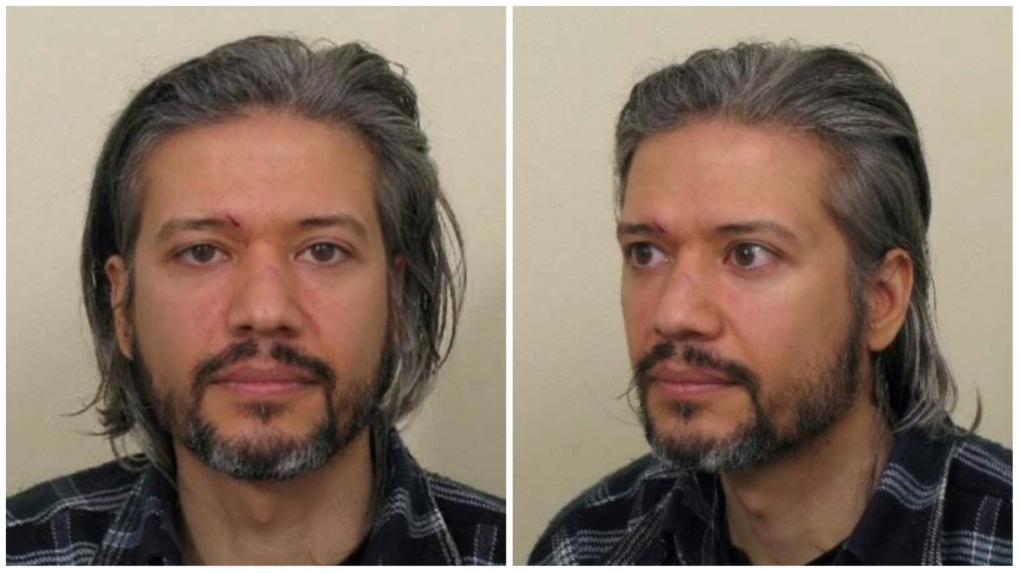 Photo evidence of Aydin Coban presented at trial is seen.

A 81-year-old Danish woman traveling from Africa to Canada was arrested at Warsaw airport on suspicion of illegal possession of heroin worth over US$515,000, officials in Poland said Friday.

Prime Minister Justin Trudeau has nominated Ontario judge Michelle O’Bonsawin to the Supreme Court of Canada. In a statement announcing the nomination, Trudeau said that O'Bonsawin is an Abenaki member of the Odanak First Nation and is a fluently bilingual Franco-Ontarian.

A prominent Quebec cardinal is denying sexual assault allegations against him contained in a class-action lawsuit that was formally filed this week in Quebec Superior Court.

Nunavut's acting minister of community and government services says the territory has declared a state of emergency in Iqaluit to ensure the city can begin replenishing its water reservoir without delay.

Back to school: A look at the COVID-19 rules in place across provinces, territories

As students across Canada gear up to enter what will be their fourth academic year in the pandemic, CTVNews.ca takes a look at what measures will be in place in schools, by province and territory.

As of today, individuals and businesses are no longer able to import restricted handguns into Canada, with limited exceptions. The move announced earlier this month is aimed at expediting a key pillar of the federal effort to cap the number of handguns in the country.

Transport Minister Omar Alghabra is set to testify before the House of Commons transport committee this afternoon about ongoing airport delays and flight cancellations.

This past winter saw record losses for beekeepers, and one expert says the prospects for next year are even worse if they face another frigid winter.