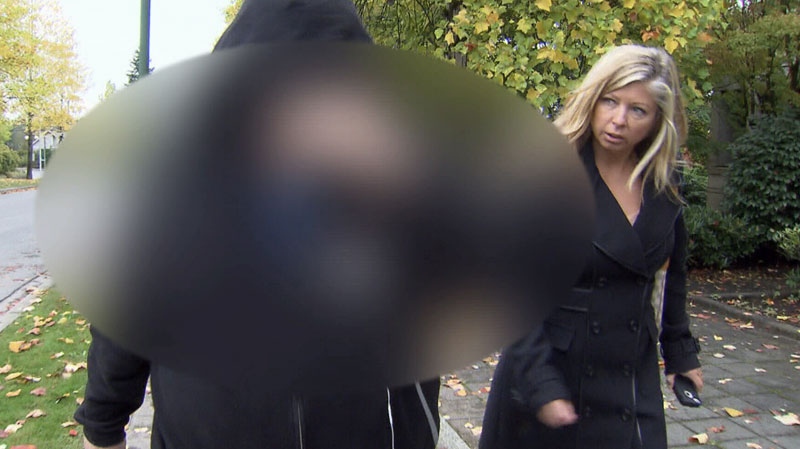 As Mounties hunt for the tormenters who bullied Amanda Todd online, an Internet activist group is already pointing the digital finger at a man from Metro Vancouver.

The hacker group known as Anonymous, which was named one of the most influential “people” of 2012 by Time Magazine, has accused the individual of bullying Todd, blackmailing her and circulating a nude image of the teenager on the web.

Though Anonymous has revealed the man’s name and an address online, there is no concrete evidence against him and CTV News has chosen not to publish his identity at this time.

The enigmatic group, which has supported WikiLeaks founder Julian Assange, is as camera-shy as its name suggests, but a member commented on the Todd case in an email.

“We generally don’t like to deal with police first hand but were compelled to put our skills to good use protecting kids,” it read. “Ironically we have some good people in Vancouver who brought this to our admin’s attention. It’s a very sad story that affects all of us.”

The man identified by Anonymous appeared Monday at Surrey provincial court house, where he faces charges of sexual assault and sexual interference with a minor in a case unrelated to Todd.

He told CTV News he knew the 15-year-old, but insisted he was her friend. He said he helped identify a man in New York who was harassing her, and claims he passed that information to the RCMP.

Mounties say they have received about 400 tips in the Todd case, but would not take questions on it Monday.

Online experts say investigators will be examining the bullying victim’s computer for clues, but that tracking cyber crime is complex.

“The anonymity of the web is one of the things that facilitates this sort of harassment, and that anonymity also protects the perpetrators,” said Merlyn Horton, founder of the Safe Online Outreach Society.