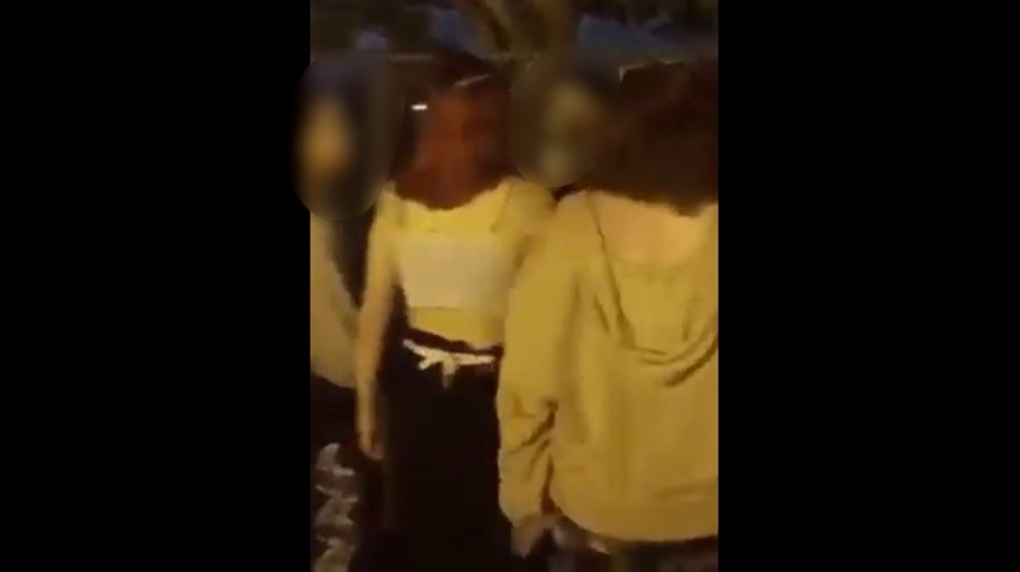 A video shared on social media appeared to show an incident outside a Surrey school on May 7, 2022.

Police have arrested two more youths in connection with a brutal swarming attack on a teenage girl outside a Surrey, B.C., elementary school earlier this month.

Surrey RCMP said the latest suspects were taken into custody and released pending a future court date, just like the first, who was previously identified as the primary aggressor in the incident.

It's unclear what charges the three youths, all girls, could eventually face.

"Because the investigation is still ongoing, it's still fluid as to which charges may be recommended," Cpl. Vanessa Munn told CTV News on Friday. "Crown counsel will ultimately make the determination on what charges will be laid.

Authorities said they will be providing updates on the status of the case, which drew significant attention after video of the disturbing attack circulated on social media.

"We recognize there is a lot of public interest in this incident," Munn said.

In the video, a girl can be heard screaming, "Go, go, go, hit her," as the crying victim is punched and kicked outside Hillcrest Elementary School.

The assailants later corner the victim and make her kiss their shoes.

Family members have identified the victim as a Grade 9 student, and said the 15-year-old was left with a broken nose, black eyes, and scratching and bruising all over her body following the attack.

"It tore me apart inside to watch my daughter go through all the things she went through," the girl's father said over the weekend.

Dozens of supporters gathered Sunday morning to show support for the teenager. Dozens of vehicles drove along 176 Street, honking their horns in support, and in some cases stopping and getting out to embrace the young girl.

"It just gives me hope that she can get through this,” her mother said of the support.

Parents of boy, 2, among dead at Fourth of July parade shooting

Aiden McCarthy's photo was shared across Chicago-area social media groups in the hours after the July 4 parade shooting in Highland Park, accompanied by pleas to help identify the 2-year-old who had been found at the scene bloodied and alone and to reunite him with his family. On Tuesday, friends and authorities confirmed that the boy's parents, Kevin McCarthy, 37, and Irina McCarthy, 35, were among seven people killed in the tragedy.