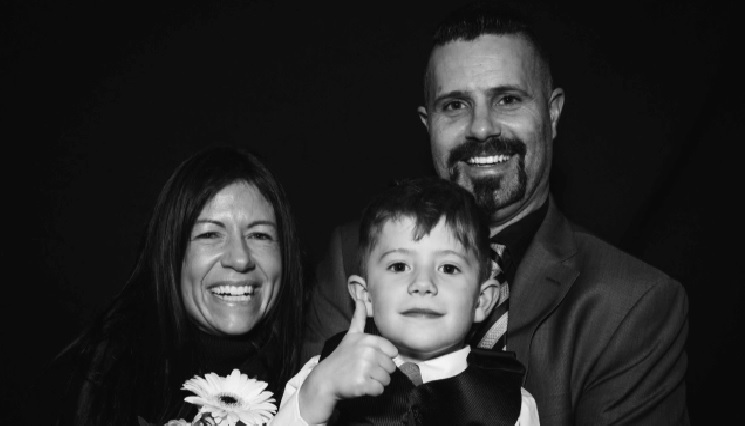 A veteran Abbotsford police officer is hoping to receive treatment for his cancer at a facility in Arizona. (Submitted)

VANCOUVER -- Veteran Abbotsford police officer Ryan Masales carried a message with him every day. The words “knuckles up” were tattooed on his hands: a reminder, he said, to keep fighting.

It was a motto he lived by as he went through years of treatments for a form of brain cancer called glioblastoma multiforme.

On Thursday, the Abbotsford Police Department shared the news that Masales had died. Referencing his well-known policing nickname, “Chopper," a message shared by Chief Mike Serr on social media read: “Despite his prognosis, Ryan never gave up or lost his sense of humour. Ryan & his wife Estelize showed so much love & courage throughout. Ryan, you fought bravely. Rest In Peace.”

Masales went to the U.S. in early January for surgery and treatment as part of a study at the Ivy Brain Tumour Center in Arizona, before returning home last month.

A message posted to an online fundraising page reads “Ryan would want to you know how grateful he was for everything that you all have done. Thank you!”

The family of the 46-year-old husband and father is asking for privacy, but condolences can be sent to fightforchopper@gmail.com.