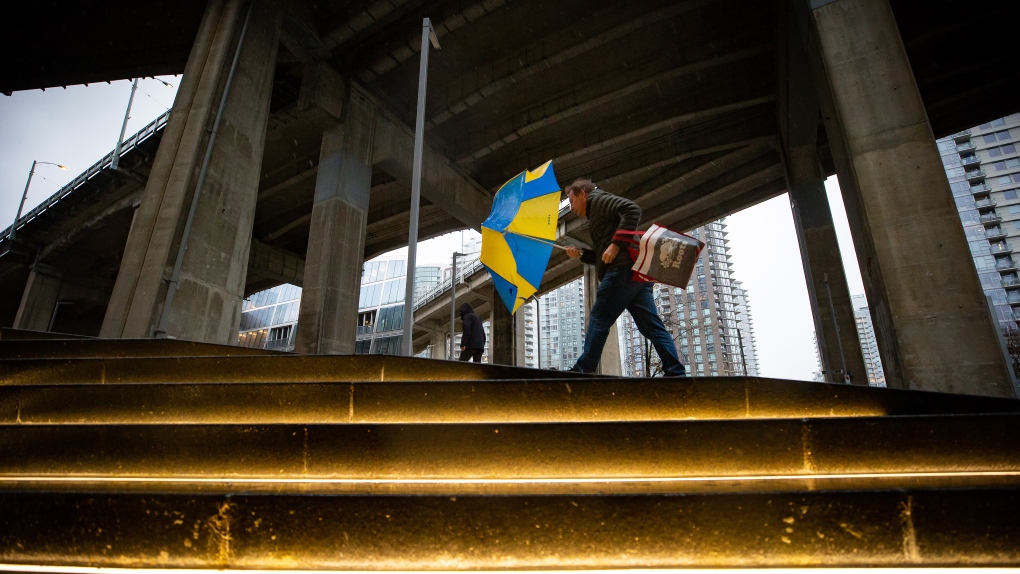 A person struggles with an umbrella in the wind as heavy rain falls in Vancouver, B.C., Tuesday, Jan. 5, 2021. THE CANADIAN PRESS/Darryl Dyck
Vancouver -

Rain could accumulate to between 75 and 150 millimetres over a two-day period.

"Two successive frontal systems will cross the south coast Friday through Sunday, with high water content associated with an atmospheric river flowing from the southwest off the Pacific Ocean," Environment Canada's statement says.

The temperature is expected to rise slightly too, which will lift freezing levels on local mountains above 2,000 metres on Saturday, Environment Canada says. That can cause snow to melt.

"Swelling of local streams and localized flooding are possible during this time," the statement says.

As of 7 a.m. Thursday, the following regions are included in the weather statement:

But in the end, it's possible not all areas covered in Environment Canada's weather statement will be impacted.

"There is a fair amount of uncertainty with the timing and location of these two systems, and how long the break will be between them, if any," the statement says.

"Warnings will likely be issued closer to the event and for fewer areas than are covered by this statement."