Variety of guns and drugs seized from Kamloops home after stabbing, say RCMP 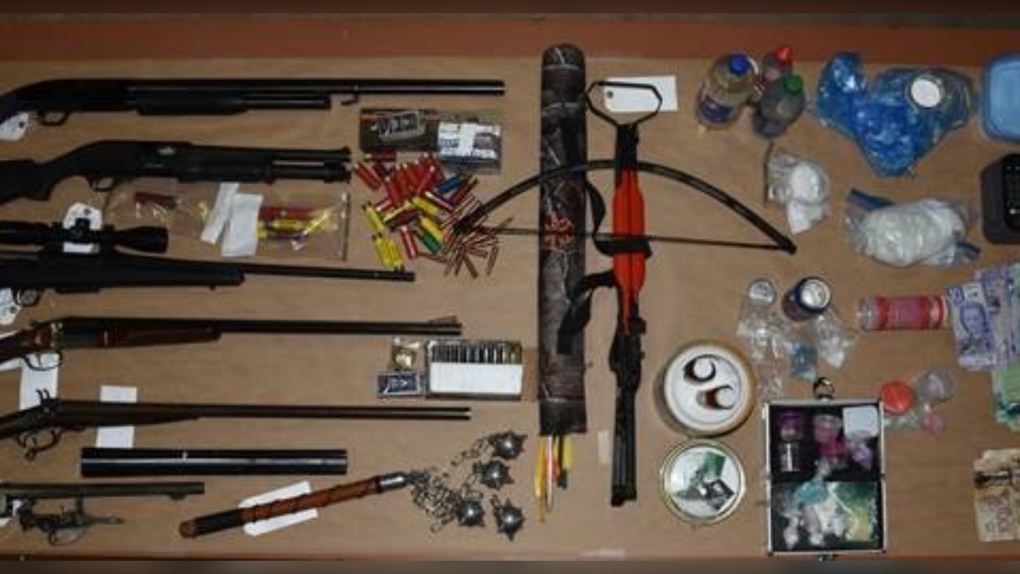 Kamloops RCMP allege they seized a variety of guns, weapons, drugs and cash from a home as part of a stabbing investigation. (Kamloops RCMP/Handout)
Vancouver -

It all started last week when RCMP say a person showed up at the hospital with injuries.

“A person entered the emergency room on Oct. 6, with injuries consistent with a stab wound,” reads a statement from the detachment.

Police soon began investigating the incident, and searched the home on Oct. 7.

“Police identified a potential suspect and crime scene, attended an address on Brandon Avenue, arrested a Kamloops man, and requested a search warrant on a residence,” the statement continues.

The weapons they allegedly found inside were numerous.

Police also found what they suspect are drugs such as fentanyl, GHB, meth, and other pills. They also allege to have found cash and “other items indicative of drug trafficking,” but they did not say what.

“Thanks to the quick action of the team, important evidence was seized and preserved as part of the aggravated assault file, and other dangerous items were prevented from making their way into the public,” said Insp. Jeff Pelley.