Vancouver's Broadway subway line delayed to 2026 due to concrete strike

Vancouver's Broadway subway line delayed to 2026 due to concrete strike 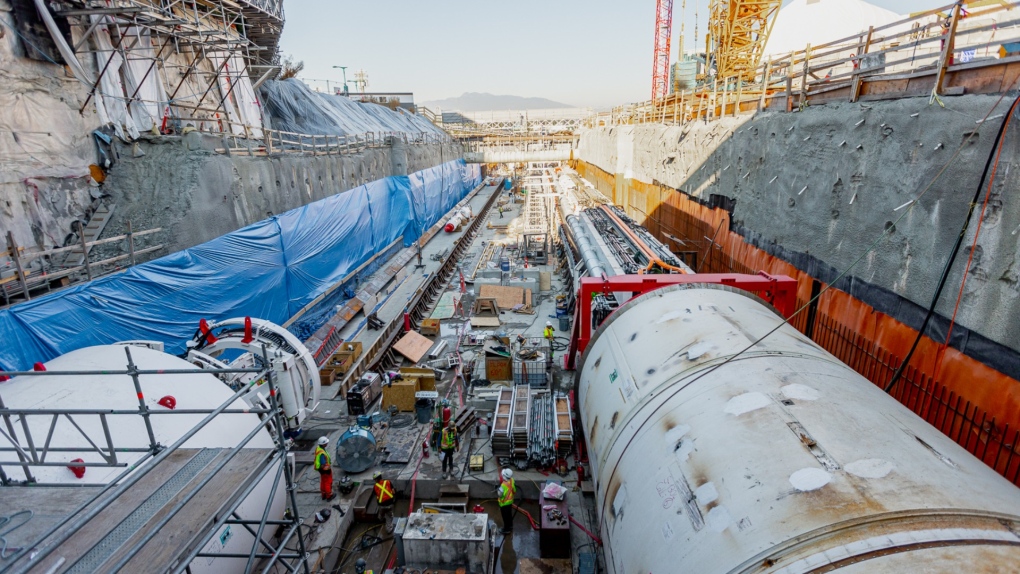 This photo provided by the B.C. government shows work on the Broadway subway line in Vancouver. (Image credit: flickr/bcgovphotos)

The opening of Vancouver's Broadway subway line has been pushed back from late 2025 to early 2026, due to a concrete strike over the summer.

In an update Thursday, B.C.'s Ministry of Transportation and Infrastructure said the project is behind schedule after a five-week strike in June impacted the concrete supply across the Lower Mainland, which affected the start of tunnel boring.

However, the ministry said the project remains within budget and has reached a new milestone, with a second tunnel boring machine about to launch.

"The first machine launched Oct. 7, 2022, and has made significant progress toward its first breakthrough at Mount Pleasant Station, while the second machine is now fully assembled and set to launch," a statement from the ministry reads.

Named Elsie and Phyllis, the pair of cylindrical boring machines measure six metres in diameter and weigh about one million kilograms. They`ll soon start carving out the underground tunnels that will eventually move approximately 150,000 people a day along the corridor.

According to the province, progress continues to be made on the tunnelling work.

"More than half of the columns for the guideway between VCC-Clark and Great Northern Way-Emily Carr stations are complete," the ministry said.

Another update on the Broadway Subway's timeline is expected in spring 2023.

Parks Canada says visitors will be able to start booking reservations for camping and other activities at its sites across the country in March.

No need for every toxic chemical to have a pollution plan, Ottawa says

The federal government is playing a dangerous game by refusing to force any company that makes or uses toxic chemicals to have a plan in place to prevent them from getting into the environment, a lawyer for the Canadian Environmental Law Association said Monday.

Canada's financial intelligence agency is stepping up the fight against the illicit wildlife trade by taking aim at the criminals who reap big profits from the global racket.