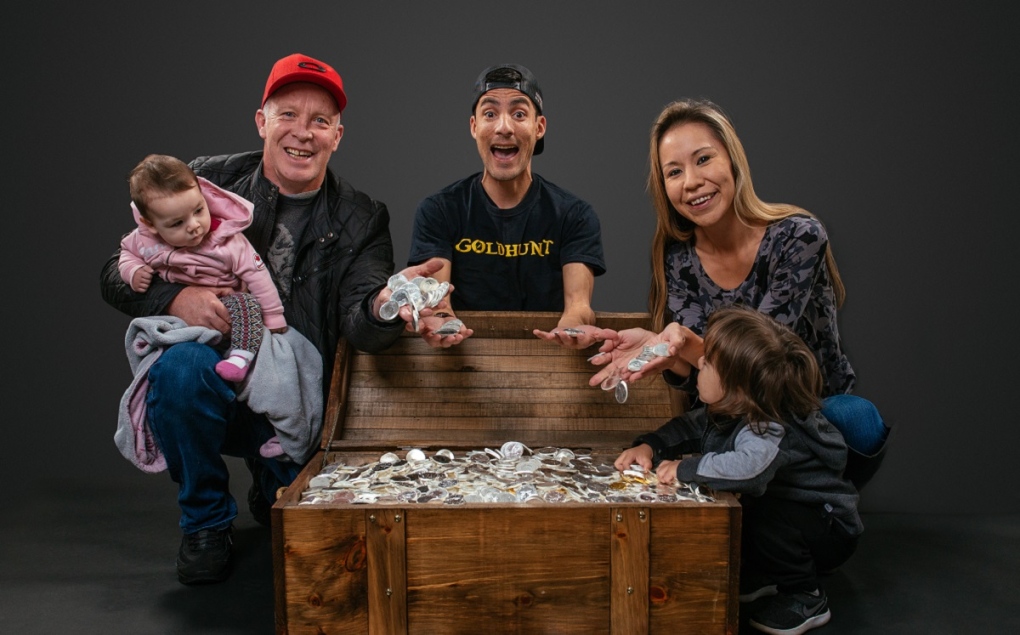 Ronald Troy Linsay-Dickson has been searching for the treasure since the hunt launched late July. He collected the winnings Friday as seen in this photo provided by Gold Hunt.

The chest is hidden by Gold Hunt, a real-life treasure hunt company that makes money when participants purchase maps and clues.

Following the clues closely since the hunt launched on July 27, Linsay-Dickson took on the challenge after hearing about it on the radio.

He formed a team of five members to help in the search.

"I have been motivated since the beginning but I never thought we would actually end up winning," said Linsay-Dickson, in a news release.

"The treasure will be split between the five of us and my immediate plans include a mini family vacation, so my wife and kids are really excited."

Gold Hunt was created earlier this year, with treasure hidden in Vancouver, Calgary and Edmonton.

To date, the company has given away $600,000—with two chests hidden in each city. Gold Hunt is planning to continue the challenge in 2020.