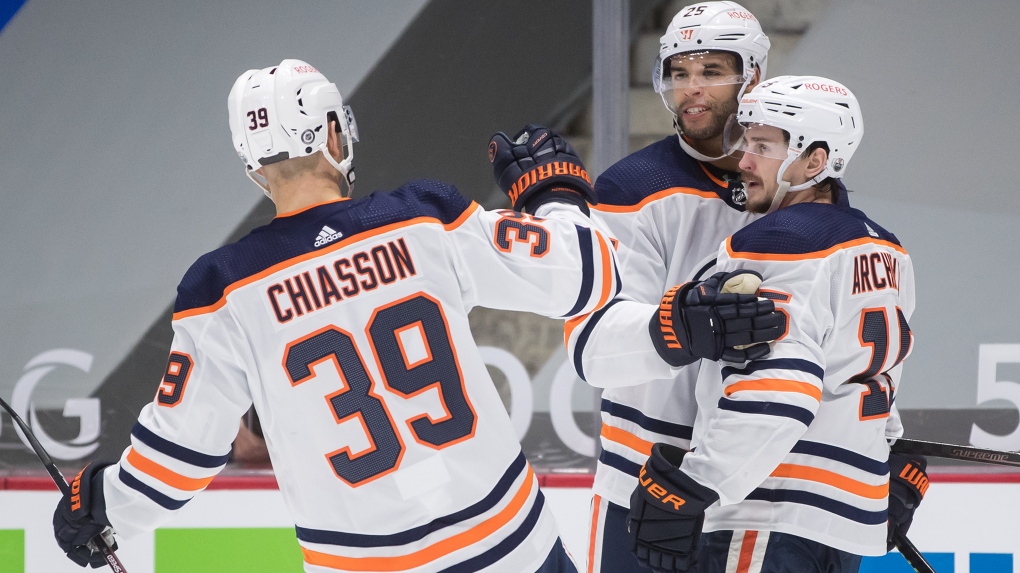 Edmonton Oilers' Alex Chiasson, from left to right, Darnell Nurse and Josh Archibald celebrate Nurse's goal against the Vancouver Canucks during the third period of an NHL hockey game in Vancouver, on Tuesday, May 4, 2021. THE CANADIAN PRESS/Darryl Dyck
Vancouver -

Forward Alex Chiasson is getting a shot with the Vancouver Canucks.

The team announced Wednesday that it has signed the 30-year-old right-winger to a professional tryout contract ahead of training camp.

The six-foot-four, 208-pound Montreal native has also spent time with the Dallas Stars, Ottawa Senators, Calgary Flames and the Washington Capitals. He won a Stanley Cup with Washington in 2018.

Chiasson was originally selected by Dallas in the second round (38th overall) of the 2009 NHL entry draft.

The Canucks are set to open training camp Thursday and play their first pre-season game against the Seattle Kraken in Spokane, Wash., on Sunday.