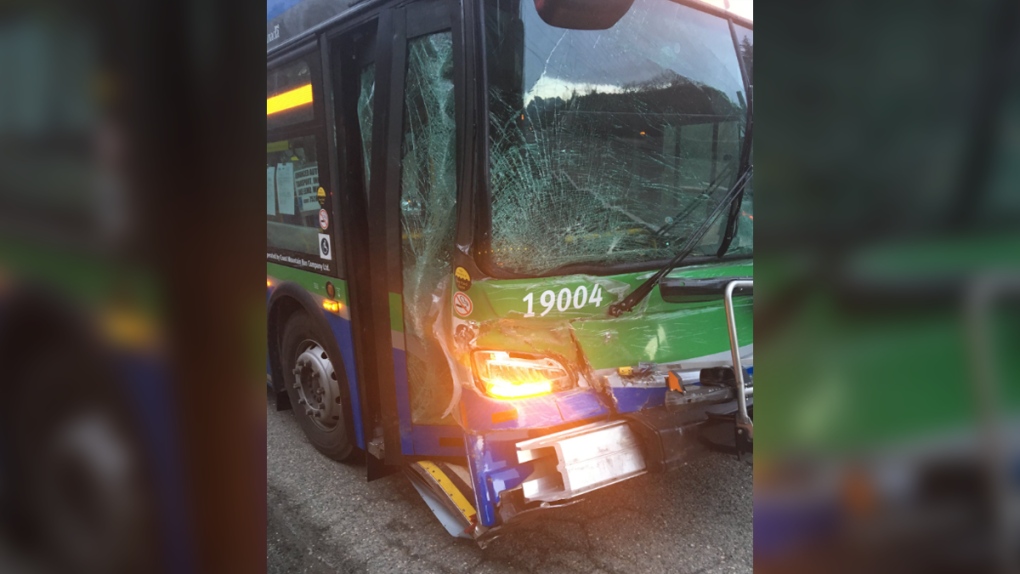 A bus being transported from Minnesota to Vancouver crashed on the I-90 Friday morning in Washington state. The driver of the other vehicle was killed. (Twitter/Trooper Rick Johnson)

One person is dead after a B.C.-bound transit bus crashed with a car in Washington state Friday morning.

Police said the bus was being transported from Minnesota to Vancouver on the I-90 highway at the time of the collision.

TransLink confirmed the bus is part of its new fleet of blue-and-green B-line vehicles, which are scheduled to hit the roads in late 2019.

But spokesperson Lida Paslar said the bus was not in TransLink's possession, and wasn't being driven by a TransLink employee.

Paslar said the transit provider was "deeply saddened" to learn about the crash, but could not comment further as it's under police investigation.

Images posted to Twitter by Trooper Rick Johnson show the car suffered severe damage to the rear of the vehicle. The transit bus sustained front-end damage, including a shattered window and entry door.

#Update. The bus was being transported from Minnesota to Vancouver BC. Sadly, the male driver of the car is deceased. Female passenger in the car transported with non-life threatening injuries. Female driver of the bus not injured. No ETA for completing investigation. pic.twitter.com/I4CGFX57aI