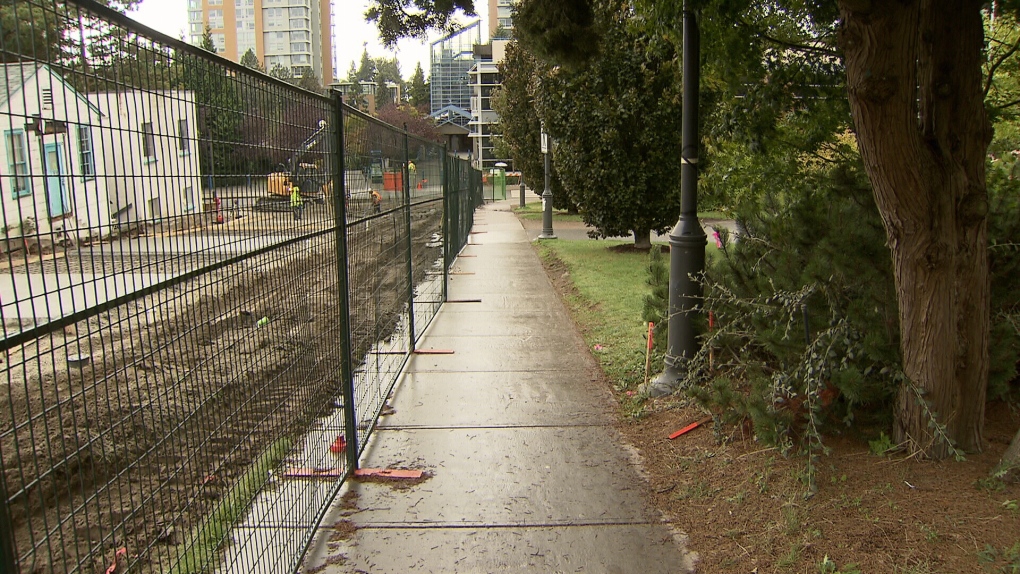 A 19-year-old student was sexually assaulted while walking on Biological Services Rd. on Saturday, Sept. 28, 2013. (CTV)

Mounties are investigating after a 19-year-old student was sexually assaulted on the University of British Columbia campus early Saturday morning.

The young woman was walking home on Biological Sciences Rd. at around 2:45 a.m. when an unknown man approached from behind and grabbed her.

“He wrapped an arm around her waist and tried to drag her into a garden area, while with the other hand reached under her skirt and groped her genitalia,” Sgt. Drew Grainger said.

The victim screamed and struggled until the attacker released his grip and ran away.

Grainger said the young woman did “the absolute right thing” and was not physically injured in the attack, though she was left emotionally shaken.

The suspect is described as olive skinned man in his mid-to-late 20s, 5-8 tall with a thin build and unshaven face. He was wearing a dark blue hoodie, dark pants and running shoes.

The attack was the first reported on campus this school year, but Mounties are still investigating two groping incident from the spring.

“We are trying to determine whether this case that happened this weekend is linked to those ones, we don’t know that yet,” Grainger said.

Anyone with information on the latest suspect’s identity is asked to call the University RCMP detachment at 604-224-1322 or Crime Stoppers at 1-800-222-TIPS.