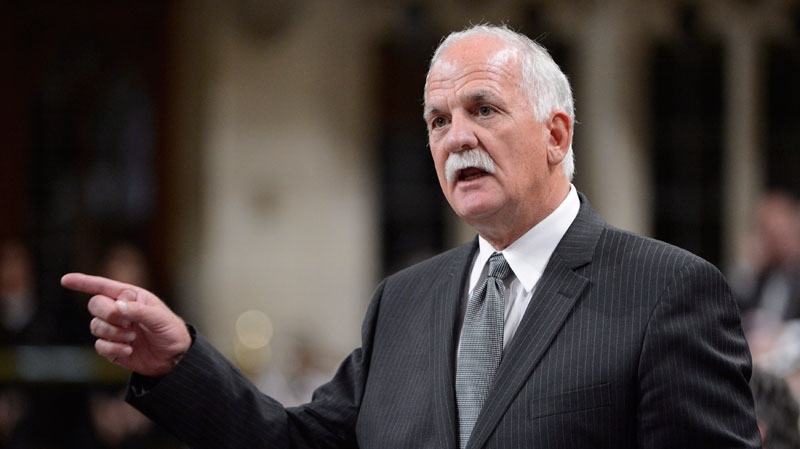 Public Safety Minister Vic Toews rises during Question Period in the House of Commons on Parliament Hill in Ottawa, Tuesday, May 7, 2013 .THE CANADIAN PRESS/Adrian Wyld

OTTAWA - The federal public safety minister says there was no attempt to prevent a British Columbia RCMP officer from testifying at a Senate committee.

Vic Toews is denying NDP claims in the House of Commons that Cpl. Roland Beaulieu is being muzzled.

Beaulieu, off work due to post-traumatic stress, was to appear Monday before a Senate committee studying a bill that would give RCMP managers more power to deal with disciplinary issues.

The Mounted Police Professional Association of Canada says the RCMP told Beaulieu if he was well enough to go to Ottawa to testify, he should be fit enough to work.

Toews says there was nothing to prevent Beaulieu from appearing at the committee.

NDP public safety critic Randall Garrison accuses Toews of muzzling RCMP officers who want to speak out on the reform of their organization.