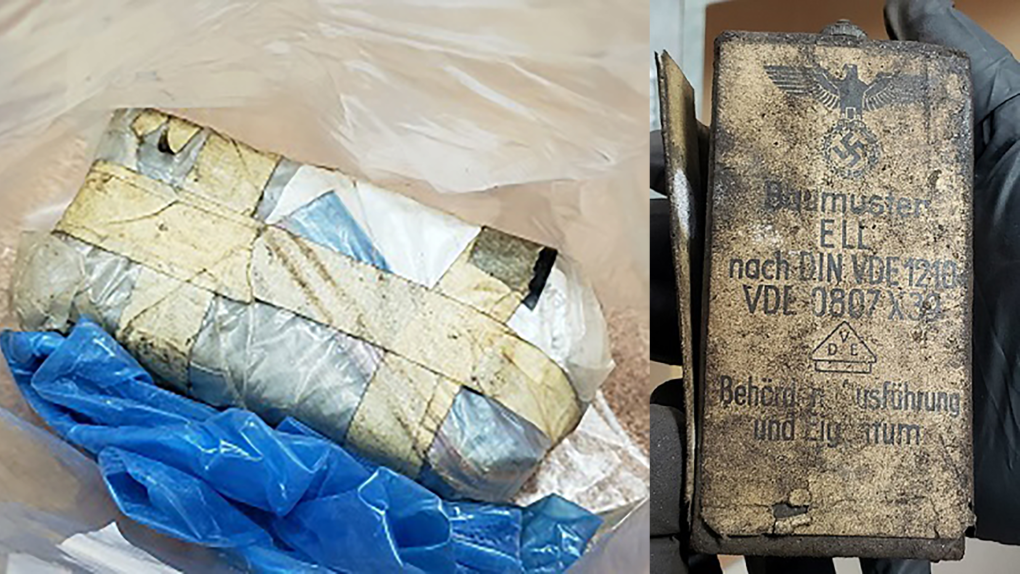 A combination photo from images provided by the RCMP shows a suspicious package, and the WWII-era ammunition container found inside.

VANCOUVER -- A B.C. RCMP detachment was briefly closed one day last week due to the arrival of what police called a "suspicious package."

Officers in Hope said a package was brought to the detachment for disposal. What it contained put police on "high alert," the Upper Fraser Valley Regional Detachment said in a news release.

Inside the tape-and-plastic-wrapped parcel was a Second World War-era ammunition container.

Police said the man who brought it on Friday in had found it inside a storage locker.

"The detachment was immediately evacuated and closed to the public with the area cordoned off while we determined the content of the package," Staff Sgt. Karol Rehdner said in a statement.

"The safety of citizens and staff was a priority during the incident."

The RCMP's explosive disposal unit was brought in to handle the container's contents. Inside was another WWII relic: a battery.

"Fortunately the contents were not explosive, however simply touching an explosive device may cause a detonation," Rehdner said.

Mounties used the opportunity to remind the public not to touch or move items that appear to be out of place. Rather than bringing them to the RCMP, police should be called to the scene.