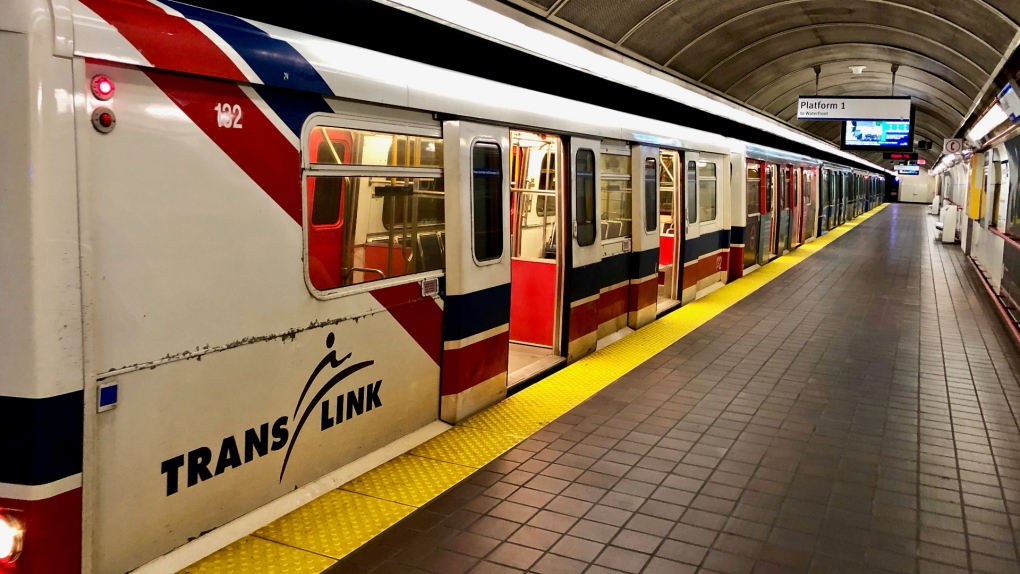 The platform at Granville SkyTrain Station is seen in a 2019 file image. (Shutterstock)

Transit police have recommended charges against a 37-year-old man allegedly involved in a disturbing series of sexual assaults in and around a downtown Vancouver SkyTrain station.

Authorities said the assaults all took place on the afternoon of May 13, both inside Pacific Centre Mall and at the neighbouring Granville SkyTrain Station, and that at least one victim was aided by "heroic" bystanders.

The first victim was approached on a mall bench by man who allegedly "touched her hip and attempted to pull her toward him," Metro Vancouver Transit Police said in a news release.

A security guard shouted at the suspect to stop and called police for help.

The suspect then headed into the nearby SkyTrain station, where he allegedly tried to "grab a second woman's pubic area, which she was able to block using her hand," according to the release.

"The suspect continued his behaviour with a third woman, allegedly touching her breast while uttering sexually explicit comments," MVTP wrote.

The final victim was grabbed by the wrist and pulled toward a business, but she screamed for help, drawing the attention of bystanders who helped her break free.

Police managed to locate a suspect with assistance from witnesses and staff from the nearby Hudson's Bay store.

"While these types of offences often don't leave serious physical injury, they can be especially traumatizing to those who experience them," Const. Amanda Steed said in a statement.

"Transit police would like to thank the bystander who assisted the women. We would never ask that anyone … put themselves into harm's way, but these individuals' actions can only be described as heroic."

Authorities are recommending four counts of sexual assault against the suspect, a Surrey resident previously known to law enforcement.

The man, whose name has not been shared publicly, was released from custody on multiple conditions, including that he stay away from SkyTrain property and Pacific Centre Mall.

The suspect is scheduled to appear in court on July 13.

The campaign for Patrick Brown said it was consulting its legal team after the leadership election organizing committee of the federal Conservatives voted to disqualify him from the race late Tuesday.