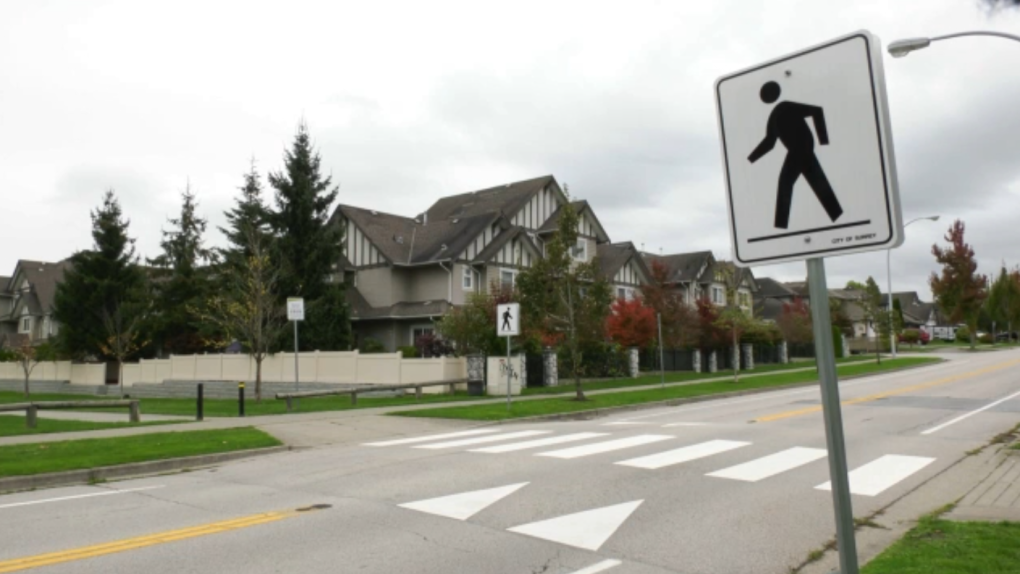 Mounties in Surrey say they are investigating a report of an attempted abduction near an elementary school in the city's Cloverdale neighbourhood. (CTV)

VANCOUVER -- Mounties in Surrey say they are investigating a report of an attempted abduction near an elementary school in the city's Cloverdale neighbourhood.

Surrey RCMP say they were notified of the incident shortly before 3 p.m. Friday. It happened near Adams Road Elementary School on 68 Avenue, police say in a news release.

A student reported being approached by a man driving a black van, who asked them to get inside, according to police. The student ran away into the school building, where staff called police.

Mounties say limited descriptions of both the man and his vehicle are available. They describe the vehicle as a black van and the suspect as a dark-skinned man with a beard and a bald head. He was wearing an orange-brown shirt, according to police.

Officers are canvassing the area for witnesses and video and are asking anyone with information to call 604-599-0502. Tips can also be provided anonymously through Crime Stoppers at 800-222-8477.

Surrey RCMP also say they have finished investigating information that circulated online last week about a suspicious circumstance in which a man in a grey Mercedes approached a group of children in Clayton Heights. Police say they have identified the vehicle and the driver and determined there was no attempt to abduct the children. The man was in the area to take photos related to his business, police say.