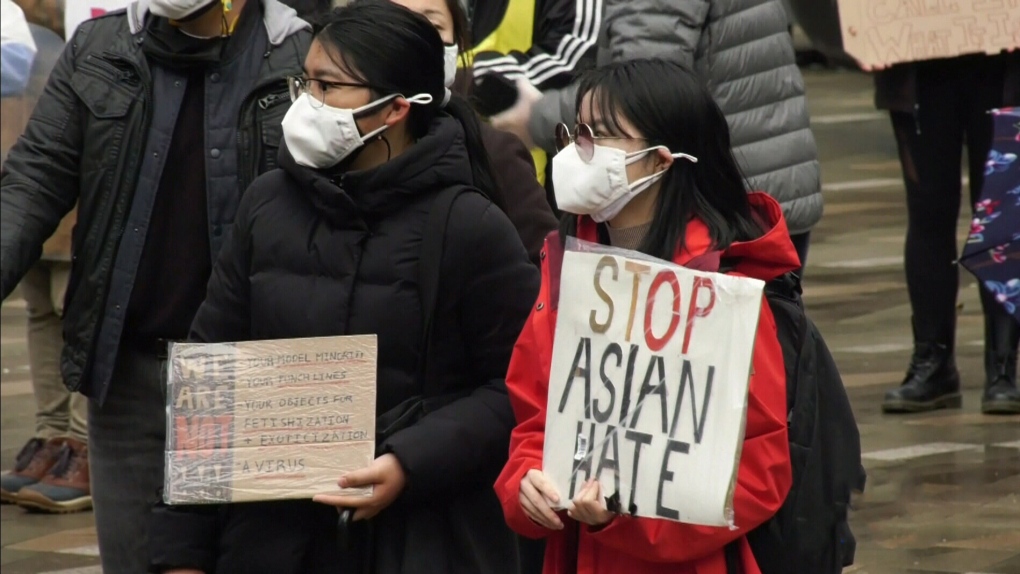 People gather at an anti-Asian hate crime rally in Vancouver on March 27, 2021.

A public inquiry into hate incidents experienced by British Columbians during the COVID-19 pandemic has so far gathered reports from more than 1,700 people, with Indigenous youth impacted disproportionately.

An update into the inquiry – the first of its kind conducted by B.C.'s Human Rights Commissioner's Office – was released Thursday, marking the midpoint for public feedback.

The year-long investigation was first announced last August by Commissioner Kasari Govender. Govender said in her announcement that B.C. has reported the most incidents per capita in North America.

"Many of us are uncomfortable acknowledging hate because we want to think of our country as a peaceful, respectful place," Govender said at the time. "But the truth is, hate is here and from all accounts, it is growing."

"An important part of what we’ve been hearing is a concern about the normalization of hate," Govender said in a statement released Thursday. "We can’t let this become our new normal."

The commissioner previously explained that for the purposes of the inquiry, something will be considered a "hate incident" if a person or group who experienced it or witnessed it believe it happened "because of prejudice" and that it was "intended to or did significantly dehumanize, humiliate, degrade, injure, silence or victimize the targeted individual."

The inquiry is looking into what's caused the apparent rise in hate incidents during the pandemic and what kind of hate incidents have been experienced.

"We are hearing that young people in Indigenous communities are feeling disenfranchised and deeply impacted by incidents of hate,” she said.

"Youth across B.C. also appear to be feeling the worst impacts of the pandemic. In recent polling conducted by our office, one in four British Columbians have witnessed an incident of hate during the pandemic, but for youth 18 to 24, that number skyrockets to more than 50 per cent."

The online survey, which launched at the end of January, is available until March 6. Questions on it include whether the respondent has directly experienced one or more hate incidents and where those incidents happened. Questions are also asked about the perpetrators.

Recommendations are expected to be released later this year.