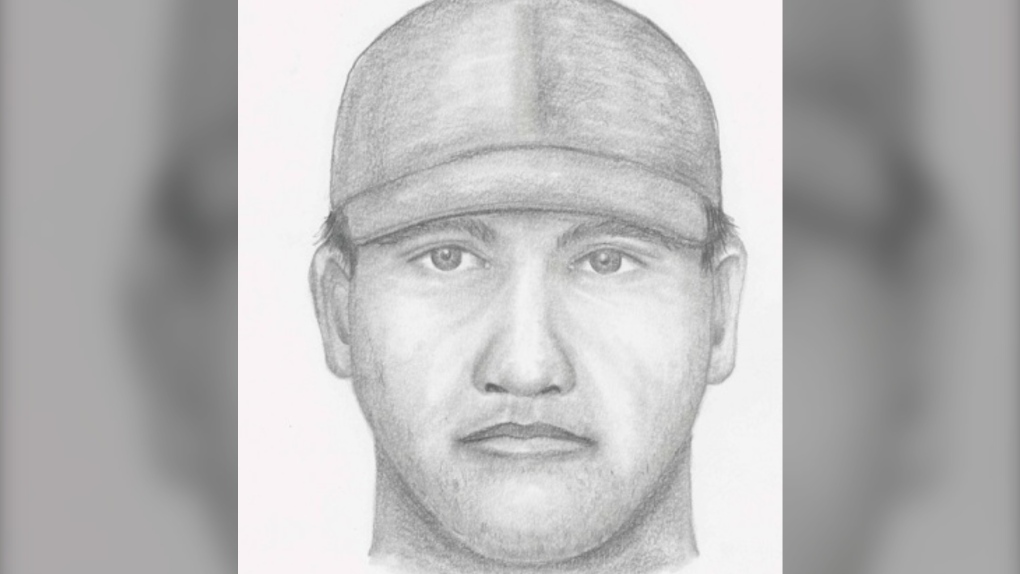 A sketch shows the suspect in a sexual assault investigation in Burns Lake, B.C. (RCMP)

VANCOUVER - Mounties are hoping a sketch will help identify a suspect two months after a 15-year-old reported being sexually assaulted in B.C.'s Interior.

RCMP in Burns Lake released the sketch Tuesday in connection with the Aug. 15 incident, asking the public to come forward if they recognize the person in the drawing.

In a statement, the RCMP said the girl had been sitting on a bench near Radley Beach shortly before midnight when a man she didn't know sat down beside her.

Police say the suspect put his hand on her back, and when she got up to leave, he tried to stop her.

She ran from the area and called police, they said. Officers searched for signs of the suspect, but he could not be found at the time.

He may be Indigenous, the RCMP said.

The investigation is ongoing, and anyone with more information is asked to call the RCMP at 250-692-7171. Tips can also be left anonymously through Crime Stoppers.