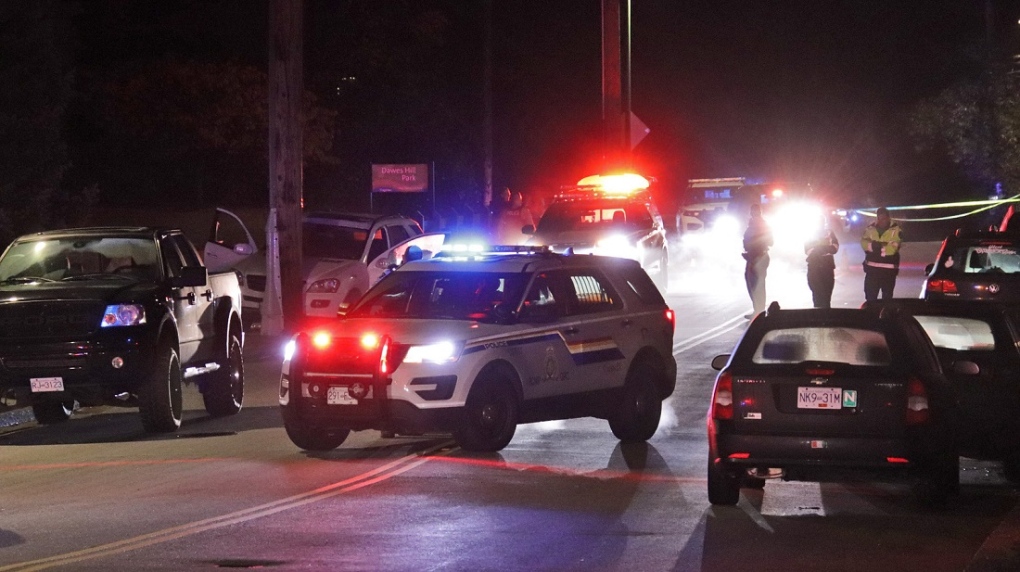 Police are investigating a shooting that left two people dead and a third person injured in Coquitlam, B.C., Wednesday night.

Authorities said they received multiple 911 calls of gunfire in the area of Dawes Hill Road and Mundy Street at around 7:45 p.m.

Officers arrived to find "multiple shell casings and two unresponsive victims inside a vehicle suffering from gunshot wounds," Coquitlam RCMP said in a news release hours after the incident.

One of those victims was pronounced dead at the scene, while the other succumbed to their injuries later in hospital.

A third victim was hospitalized with a gunshot wound authorities said was not life-threatening.

Coquitlam RCMP said it will be investigating the incident in partnership with the Integrated Homicide Investigation Team.

Authorities have not said whether the shooting might be connected to the Lower Mainland's bloody gang conflict, or any recent police incidents in the region.

Coquitlam RCMP asked any possible witnesses, including those with dash cam, surveillance or cellphone video to contact IHIT by calling 1-877-551-4448 or emailing ihitinfo@rcmp-grc.gc.ca.

Intergovernmental Affairs Minister Dominic LeBlanc says the federal government can't say whether or at what point it may intervene to quash Alberta Premier Danielle Smith's sovereignty act, but that it's not the focus at the moment.