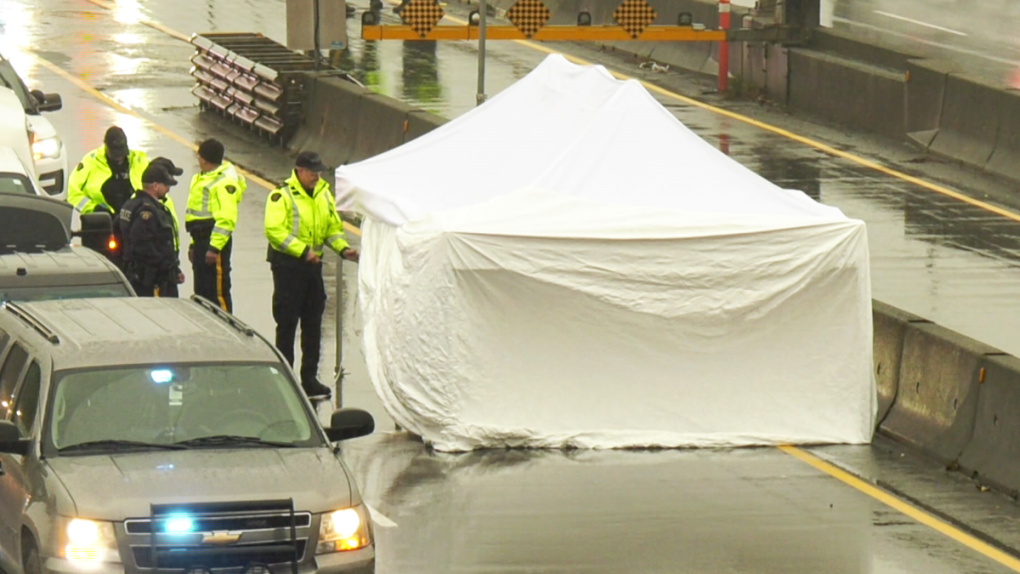 VANCOUVER -- Mounties are looking for witnesses as they investigate what appears to be a hit-and-run on Highway 99.

Richmond RCMP said the detachment received several calls early Saturday morning reporting that there was a body in the left southbound lane. When they arrived at the scene, officers found a deceased man about 100 metres north of the Steveston Highway overpass.

His body had visible trauma consistent with being hit by a vehicle, the RCMP said in a statement Wednesday.

Callers were interviewed and the area was canvassed, but police are still looking for more information.

It is believed the man, who has not been publicly identified but is in his 60s and from the Fraser Valley, was hit sometime between 1:30 and 6:30 a.m. Saturday.

Investigators are looking to speak to anyone who witnessed the crash, saw a vehicle stopped in the area, saw someone walking on or near the highway, or knows the identity of the driver or passengers in the vehicle involved. They're also looking for dash cam video.

They're also appealing to the driver directly, asking them to come forward.

Police said it appears the man was struck by a larger vehicle, possibly a commercial truck, and that the driver may have heard or felt something but not realized they'd hit a person.