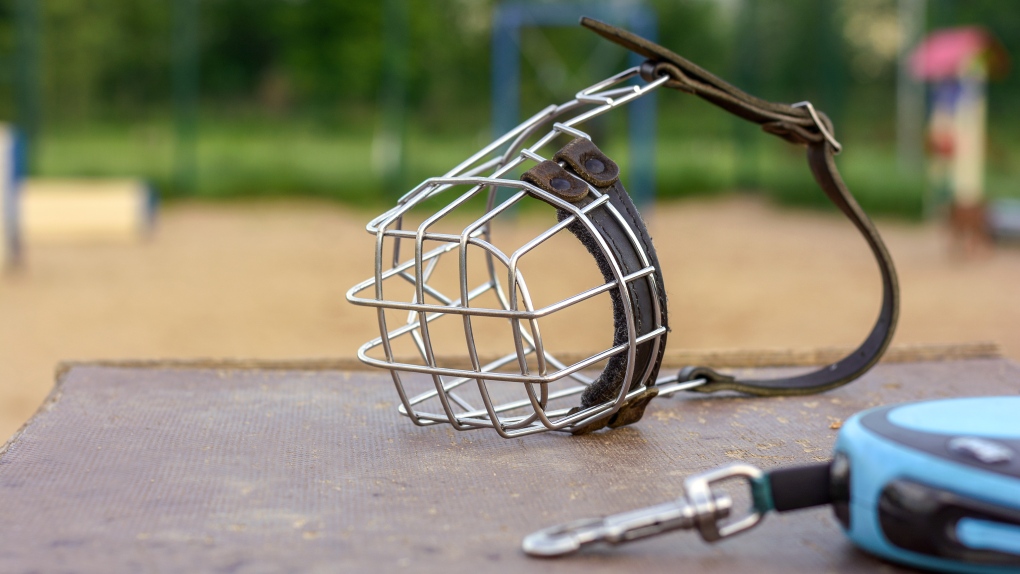 "This is a difficult case of a friendship divided," a British Columbia judge wrote of a lawsuit between owners of dogs with rhyming names.

Justice Francesca Marzari was asked to weigh both sides of a case that pitted two former friends against each other, with one trying to get nearly $100,000 out of the other.

According to Marzari's decision, which was posted online earlier this week, the women who used to work together at a B.C. care home agreed on some things.

The plaintiff tried to intervene, and Renny bit her hand.

No one disputes that the plaintiff's right hand was injured enough that she needed a surgery, and had a pin put in her hand to straighten a broken bone.

Jenny's owner also needed stitches and antibiotics, and was unable to work for months as her injuries healed.

In the years since, Jenny's owner has mostly recovered, but her hand still cramps or feels sore at times, and according to the judgement, she's more likely to develop arthritis in her hand because of the injury caused by Renny's teeth.

The plaintiff took Renny's owner to court over the injury, claiming tens of thousands of dollars for general damages, special damages and past wage loss.

How she arrived at an amount of about $100,000 is unclear from the judgment. The judge said by her count, at most the plaintiff would be entitled to about $26,460 – and even then, she'd have likely cut that in half.

But first Marzari had to figure out if the woman was actually entitled to anything.

The justice looked at factors including Renny's history.

Renny had attacked a small dog at a campground once, when she broke loose from her leash, and in another incident, she attacked and killed a parakeet after knocking it out of its cage. Renny's owner knew that the dog could be reactive with other dogs at times, so she kept Renny on a leash and put a muzzle on her in some situations.

But, according to the judge, there was no evidence Renny had a propensity to injure humans, "and, in fact, reacts with joy and positivity.” Even the plaintiff didn't suggest Renny had been aggressive to people.

Since the bite, Renny hasn't had any incidents of aggression to humans or animals, which the judge attributed to her owner's work to keep her muzzled and leashed in situations with new or strange dogs.

The defendant, for her part, argued that if she's liable, the plaintiff is partly to blame for letting Jenny out of the house without warning the other owner, and for putting her hands between the fighting dogs.

Text messages back up the first part of the argument – Jenny's owner said she would keep the dog inside. That's why Renny wasn't wearing her muzzle when she was let out to play.

But then Jenny's owner opened the door, with Jenny standing in the doorway, and Renny ran towards the dog and bit her ear.

When Jenny's owner bent down to get Renny's mouth off the dog's ear, it was then that Renny latched on to the plaintiff's hand, both parties say.

The defendant drove the plaintiff to a local clinic for help, and so the treatment began.

The judge outlined the crumbling of the women's friendship, saying it wasn't immediate. Both were sympathetic to each other, but things appear to have deteriorated when the plaintiff spoke to animal control.

The defendant said she felt betrayed by her friend "who was like a sister to her," even though the animal control officer didn't designate Renny as dangerous, because the bite happened when the plaintiff tried to separate the dogs.

Renny may have been considered dangerous if, for example, she'd randomly bitten the plaintiff without warning, but the officer told the court that this case didn't suggest any unprovoked aggression. The plaintiff pointed out that the officer didn't know Renny's history.

Ultimately, the case that destroyed a years-long friendship was dismissed, with Marzari deciding Renny's owner took reasonable care to prevent such incidents.

The justice said evidence in the case wasn't enough to establish scienter, a legal term meaning intent or knowledge of wrongdoing prior to an act – in this case knowledge that the dog could be dangerous to humans, not just animals and birds.

She also sided with the defendant on the allegation of negligence, and the case was dismissed.

When can you light fireworks in Canada? It depends on where you live

Figuring out where and when you're allowed to use fireworks in Canada depends on where you live and what rules apply in your municipality.

Ghislaine Maxwell reported Brooklyn jail staff threatened her safety, prompting employees to place her on suicide watch, prosecutors said on Sunday, arguing there was no need to delay her sentencing on sex trafficking charges.