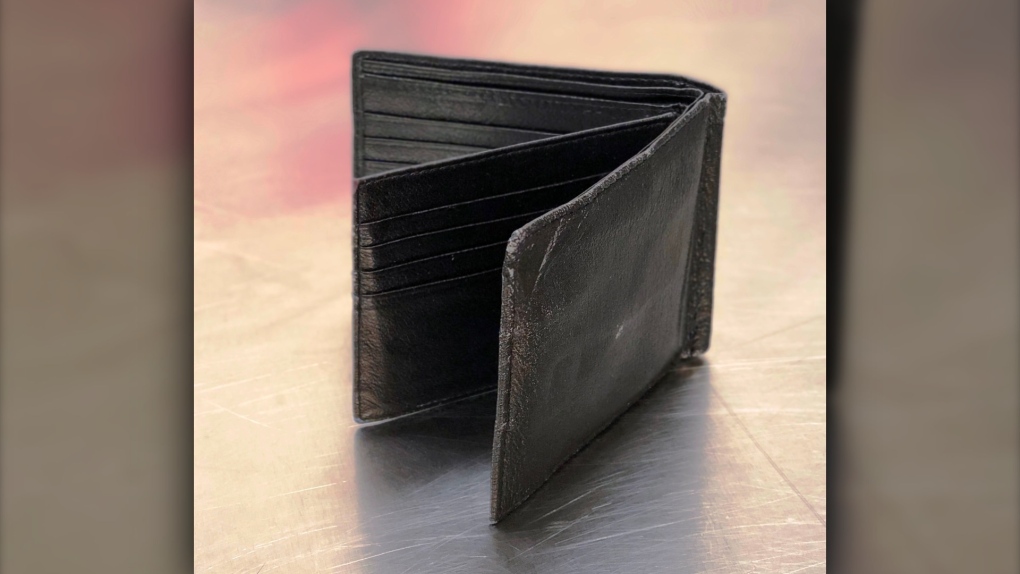 North Vancouver Mounties are seeking the owner of a "generic" black wallet that was found carrying a significant amount of cash. (Handout)

Mounties in North Vancouver are trying to track down the rightful owner of what they describe as a "remarkably generic men's wallet," which was found carrying a fair amount of cash.

Security staff found the wallet at Capilano Mall over a month ago, on the afternoon of May 2. It had no cards of any kind, including identification, and no distinctive marks or labels.

"It is described as black. And leather. And it folds," the RCMP said in a news release. "Very boring indeed."

But as boring as the wallet may be, the money inside is surely of interest to someone. Authorities are asking the wallet's owner to come forward and claim it, but warn they will only turn over the cash to someone who can prove it belongs to them.

"And no, saying the bills all have a picture of the Queen on them will not be enough to convince us it's yours," the RCMP said.

The rightful owner is asked to report what they were doing in Capilano Mall, as well as how much money was in the wallet and in what denominations.

North Vancouver RCMP has also asked the person who comes forward to somehow prove they were in the mall on May 2, and give an idea of where on the premises the wallet might have been found.

Anyone looking to claim the "generic" wallet and cash can contact Const. Chantal Gauthier at 604-985-1311.