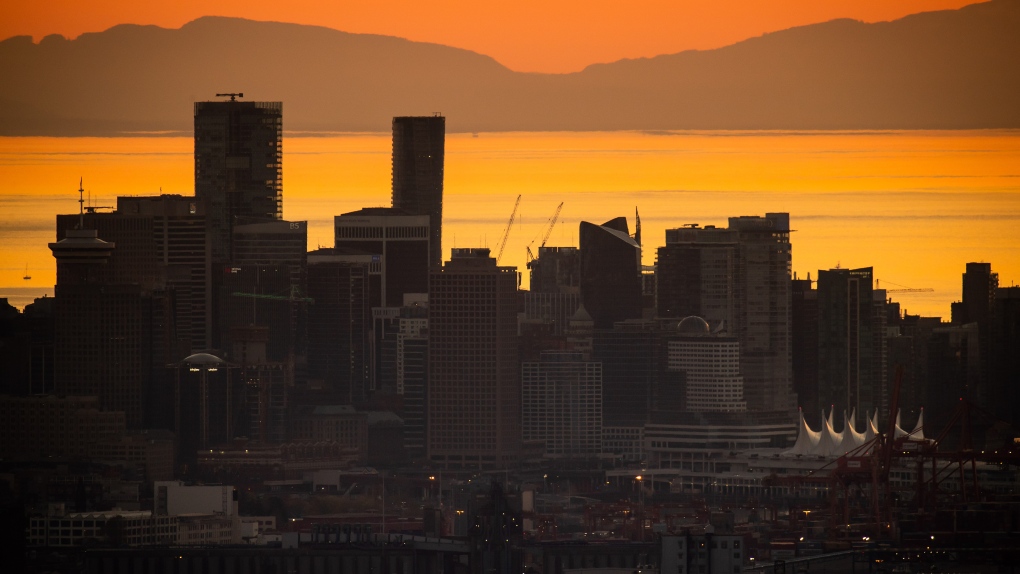 The downtown Vancouver skyline is seen at sunset with English Bay and Vancouver Island in the distance, as seen from Burnaby Mountain on Saturday, April 17, 2021. (Darryl Dyck / THE CANADIAN PRESS)
VICTORIA -

An international human rights group says the British Columbia government's inadequate support during an extreme heat wave this summer “compounded risks” for people with disabilities and those who are older.

Human Rights Watch says in its report that while those two groups are at a greater risk of heat stress, many were left to cope with the dangers of record-high temperatures on their own.

Data released by the BC Coroners Service and the province on July 30 reported 569 “heat-related deaths” in the province from June 20 to July 29, with most of the fatalities being in people 70 years and older.

The report says Canadian governments and authorities must listen to and provide better supports to those with disabilities and older people before the next heat event returns.

In the B.C. legislature, Interim Liberal leader Shirley Bond said the government was warned in previous reports about the dangers of a heat dome, but the response by Premier John Horgan's government was “appalling.”

Health Minister Adrian Dix replied that more must be done to protect people in the future and he was personally “gutted” by the deaths linked to the heat that saw temperatures reach above 49 Celsius in some parts of the province.

This report by The Canadian Press was first published Oct. 5, 2021.