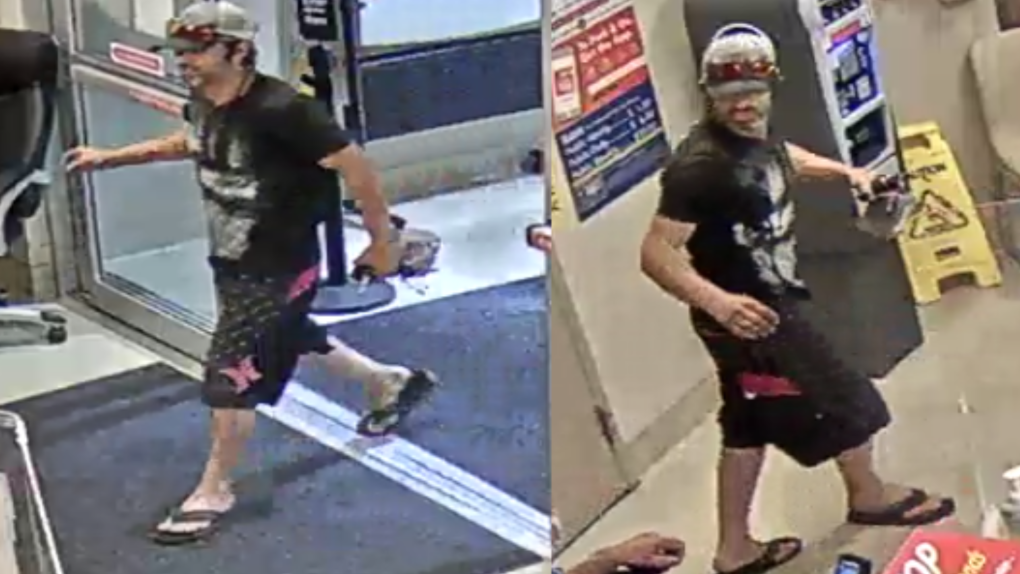 Kelowna Mounties are asking the public for help identifying a man they say may have information on a recent shooting in the city. (Kelowna RCMP)

Kelowna Mounties are asking the public for help identifying a man they say may have information on a recent shooting in the city.

The shooting happened around 9:30 p.m. Tuesday at the Shell gas station at 1850 KLO Rd., according to a news release from Kelowna RCMP.

"This unknown male, connected to a brown 2005 Chevrolet Malibu ... may have information which could assist the police investigation," police said in their statement, adding that the vehicle had B.C. licence plate SA503N.

Police released multiple surveillance images of the man in hopes of identifying him.

Meanwhile, investigators are also looking into a vehicle fire that happened about an hour after the shooting.

The suspect vehicle – which police described as a "brown, gold or tan," two-door Honda Accord with a model year between 1990 and 1993 – was found in flames near 775 Deans Dr., about 10 kilometres away.

Anyone who can identify the driver of the Malibu or has other information that could help with the investigation is asked to call Kelowna RCMP at 250-470-6236. Tips can also be provided anonymously via Crime Stoppers.

Information previously provided by Kelowna RCMP has been removed from this story at the detachment's request because of police concerns that the release of the information could impact their investigation.