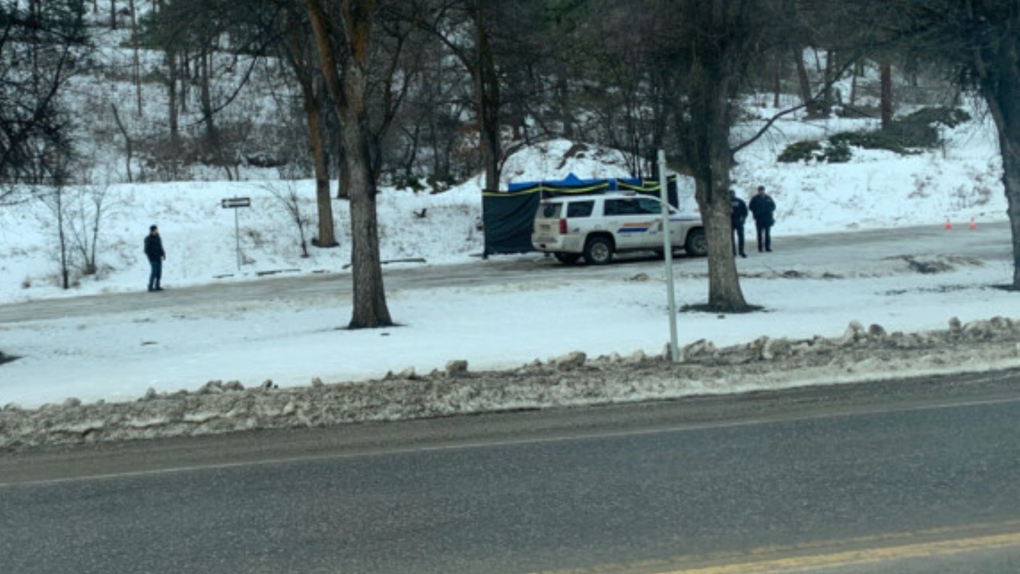 Mounties in Kelowna are investigating a suspicious death in the city's Glenmore neighbourhood. (Castanet.net)

Mounties in Kelowna are investigating a suspicious death in the city's Glenmore neighbourhood.

Officers were called to the 2100 block of Glenmore Road just before 8:45 a.m. Sunday, according to a news release from Kelowna RCMP.

When they arrived, police found a dead woman's body, and they say her death is suspicious.

The area is near the entrance to the Glenmore Dog Park, according to Castanet News. A photo of the scene shows a tarp set up to hide the body from view, and police say they have cordoned off the area.

Investigators say they expect to be at the scene collecting evidence and talking to witnesses for "an undetermined period of time."

Police ask anyone with information about the incident to call them "immediately" at 250-762-3300.