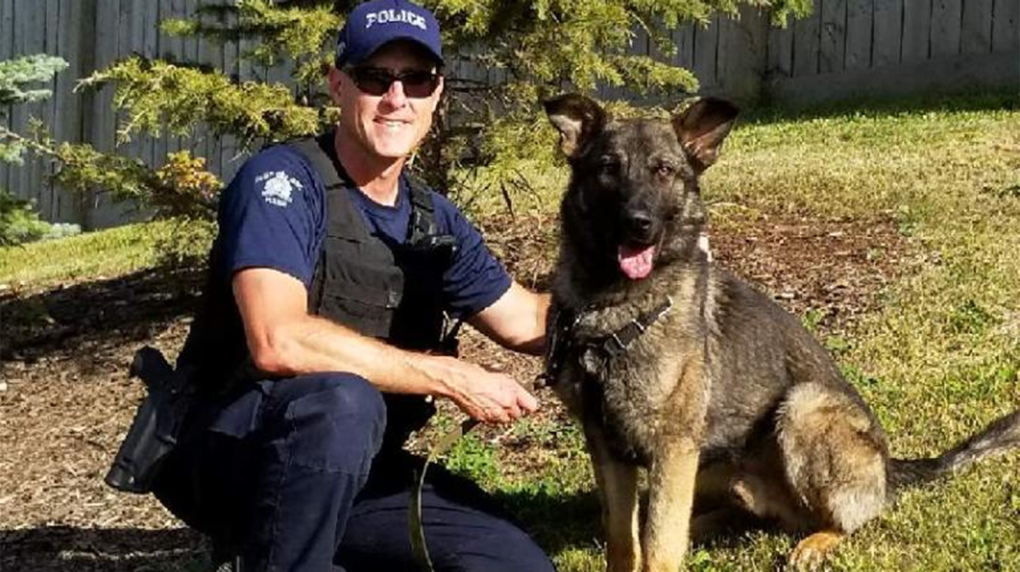 Hammer the RCMP dog is seen in this handout photo from February 2019. (Comox Valley RCMP)

VANCOUVER -- Mounties in Courtenay are praising a police dog named Hammer after an incident that left one of their officers with minor injuries last week.

The incident occurred just after midnight on Friday, during a traffic stop near the Crown Isle Resort and Golf Community, according to a release from Comox Valley RCMP.

Police said the officer who conducted the stop suspected the driver might be impaired by alcohol, and began investigating. At that point, police said, the driver "became confrontational," pushing the officer and hitting them in the face before fleeing on foot.

That's where Hammer came in. As other officers were called to help locate the fleeing suspect, the police dog tracked the man through the Crown Isle golf course, construction areas and backyards, police said.

Hammer eventually located the suspect in some bushes next to a residence on Majestic Drive, police said.

Friday's incident was far from the first time Hammer has earned accolades from his bosses at the Comox Valley RCMP.

In January 2019, Hammer and his handler assisted in two arrests and located a missing woman, all in a four-day period.