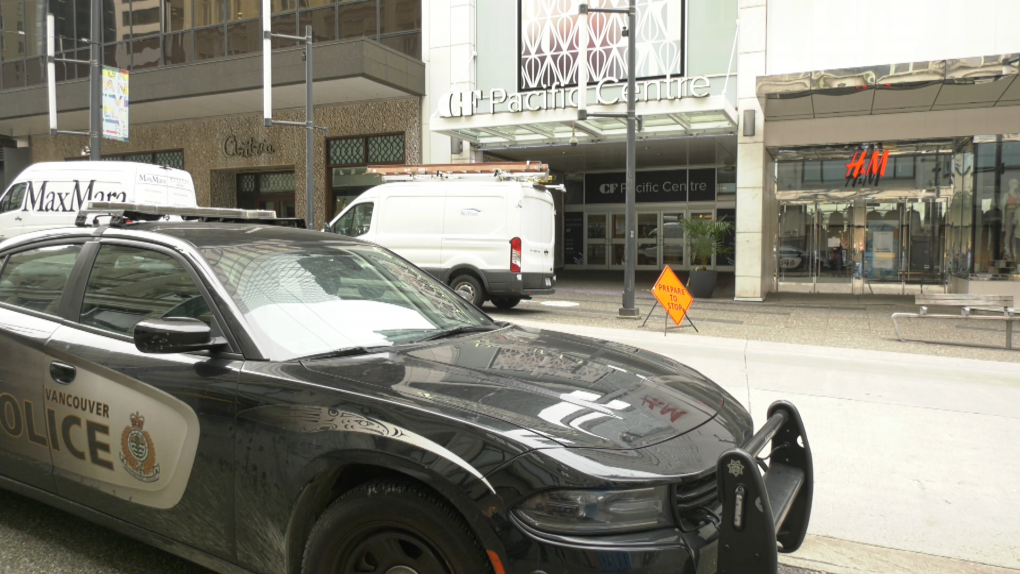 A police cruiser is seen outside Pacific Centre Mall in downtown Vancouver on Wednesday, Jan. 26, 2022.

Authorities are investigating a serious workplace accident at a downtown Vancouver mall that left one person critically injured Wednesday morning.

B.C. Emergency Health Services told CTV News that paramedics were called to Pacific Centre shortly after 10 a.m. with a report that someone had been shocked with electricity.

The individual was taken to hospital in critical condition.

Few other details have been confirmed, but WorkSafeBC said a prevention officer has been dispatched to investigate what happened.

"The primary purpose of our investigation is to determine the cause of the incident, including any contributing factors, so that similar incidents can be prevented from happening in the future," a spokesperson said in an email.

It's unclear where the incident took place, and WorkSafeBC said it couldn't provide any additional information while the investigation is underway. CTV News has reached out to the mall's owner, Cadillac Fairview, for more details.