'Optimized for the nap experience': B.C. students dream up dog bed for humans 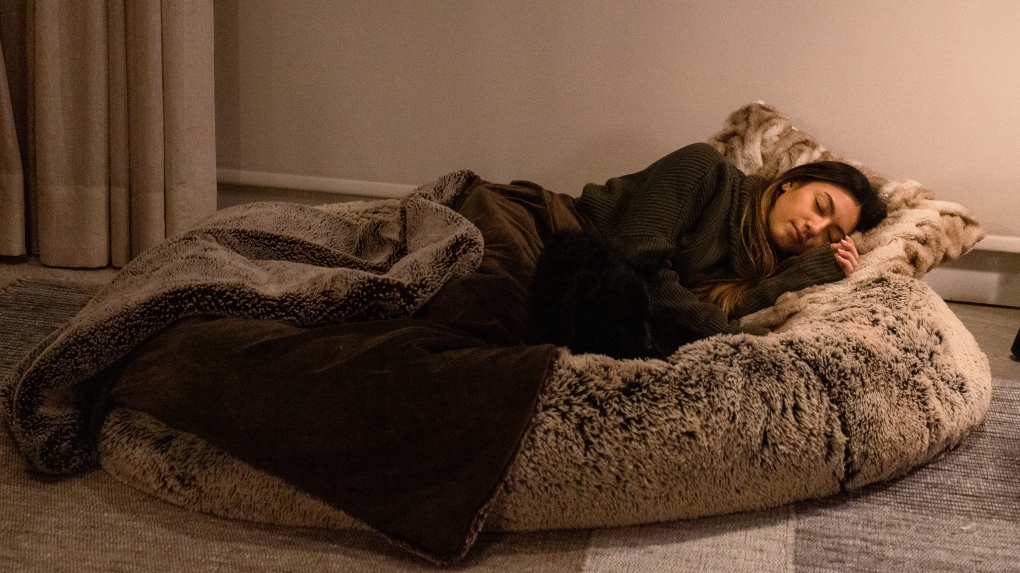 A pair of students at a B.C. university are combining their shared passion for entrepreneurship and napping by developing a dog bed that is designed specifically for humans.

A pair of students at a B.C. university are combining their shared passion for entrepreneurship and napping by developing a dog bed that is designed specifically for humans.

Noah Silverman and Yuki Kinoshita, both studying international economics at the University of British Columbia, told CTV News Vancouver that as "avid nappers," their search for the perfect place to catch some Z's is what inspired them to found Plufl.

"It's supposed to be one of the world's first comfort products optimized for the nap experience," said Silverman. "We're super busy with school and work and we really struggled to find a really comfy and cozy spot to nap in, so the idea was really born from that love of napping and to use it as a tool to get energized and refreshed … and dog beds are so comfortable."

A Kickstarter for Plufl has already raised more than $125,000 as of Thursday afternoon, just one week after the co-founders launched the campaign.

"It's over four times our original goal, which is amazing to hit that within a week," said Silverman. "It's kind of funny seeing this product start from a goofy idea to something that people legitimately have a stake in and are invested in receiving it."

Kinoshita said word about the product really got out after they posted a TikTok video about it a little over a month ago.

"I think it got around nine million views and we got a lot of followers. The most crazy part was that a lot of these people actually wanted the product and they signed up to be notified when it's released," he said.

"So that really solidified the fact that there was a demand for something like this and just opened up a lot more doors."

At first, the pair thought that students would be the most interested in the product, but they quickly realized everyone could benefit from a nap.

"This product can be applied to virtually anyone that needs a nap. We've had moms reach out to us, working professionals, older people," said Silverman. "So it really does extend far beyond just, you know, students looking to take naps."

"People with severe stress and anxiety issues have said this will be really good for them," added Kinoshita.

According to the Kickstarter campaign, the beds are made by using an orthopedic memory foam for support with faux fur that is "calming to the touch."

"The border is made out of a loose pillow stuffing that lets you tuck your hands and feet inside, which is one of our favourite features," said Kinoshita. "It really maximizes the snuggle factor."

"It really is an anti-stress and anti-anxiety relaxation product. So we're trying to choose pillows and fabric to kind of just make you at ease when you use it," said Silverman.

Kinoshita said the bed was designed to fit someone up to 6'5" tall and it could sleep two people (or a person and their dog) comfortably.

"If you're on the taller side, you'll have to curl up a bit. But that's sort of what we envisioned as well. The fetal position is actually a very common way for people to sleep," he said.

The Kickstarter ends on May 12, and backers of Plufl will have their bed shipped by November.

But the duo has even bigger plans for the future of Plufl, and hope that they can expand on it by creating other products to aid with sleep, including blankets, pillows and possibly even diffusers.

"This is just the first step of a really long journey and we're excited that we're off to a great start," said Kinoshita.

"Our end goal is to be the first sleep company that's fully nap-centered," added Silverman.