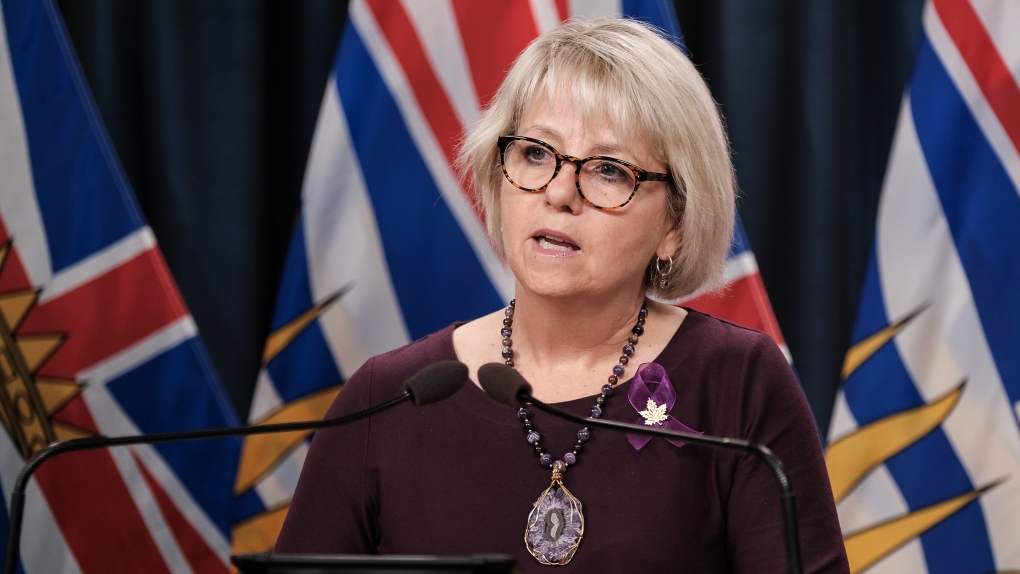 British Columbia's provincial health officer says the current wave of COVID-19 infections is expected to continue for several more weeks based on the experience of other jurisdictions, though she expects more treatment options to be approved soon.

Dr. Bonnie Henry said Tuesday that many people who have contracted the Omicron variant of COVID-19 are fully vaccinated but their illness has been relatively mild compared with those who are unvaccinated and at higher risk of being hospitalized.

Three people in their 20s and another in their 30s are currently in intensive care in B.C., and all of them are unvaccinated, Henry said.

“It creates a lot of distress for our health-care workers to be caring for young people and seeing them in so much distress when it can be prevented,” she said.

Henry called on everyone to maintain their social connections, outside and virtually, if necessary, to protect their mental well-being as many people are feeling powerless and exhausted from the continued need for vigilance to protect themselves from COVID-19.

“We're all feeling like we're getting battered by wave after wave of the storm,” she said.

She anticipated a number of additional treatment options would be available later this month to keep people who are at risk of serious illness out of hospital.

Health Canada signed an agreement with Pfizer last December to provide an initial one million doses of its COVID-19 antiviral pill, but the agency has not yet approved its use. The U.S. Food and Drug Administration granted emergency-use authorization of the five-day regimen last month, and the medication has since been in short supply.

Restrictions on gatherings and events in B.C. are expected to be in place until at least Jan. 18, and facilities like gyms, fitness centres and dance studios are to remain closed.

Henry said the province is considering which activities can safely resume now that all businesses have started putting COVID-19 safety plans in place. She added more details will be provided, along with modelling numbers, on Friday.

Health Minister Adrian Dix said the province is ready to secure space for a field hospital in downtown Vancouver, but there's currently no need for it.

He said health authorities postponed 530 surgeries across B.C. between Jan. 2 and 8 due to a surge in COVID-19 cases.

“No one who is trained, and whose life's work it is to get patients the surgery they need, wants to call a patient to tell them that their surgery is postponed. And this week, we know that this is now happening in significant numbers across B.C.”

However, nearly all patients whose surgeries were cancelled during the first wave of the pandemic, starting in March 2020, have had their procedures, Dix said.

In September, the health minister announced incentives like child care to recruit health-care workers to the hard-hit northern health region, but he said Tuesday the “challenge has been enormous” when it comes to recruitment and retention of staff.

Ninety per cent of eligible adults in B.C. have received their second dose of a COVID-19 vaccine, and about 29 per cent have had a third dose.

The Health Ministry said 469 people are in hospital and 97 of them are in intensive care. Nearly 81 per cent of people who became infected with the virus in the past week were fully vaccinated, it added.

This report by The Canadian Press was first published Jan. 11, 2022.