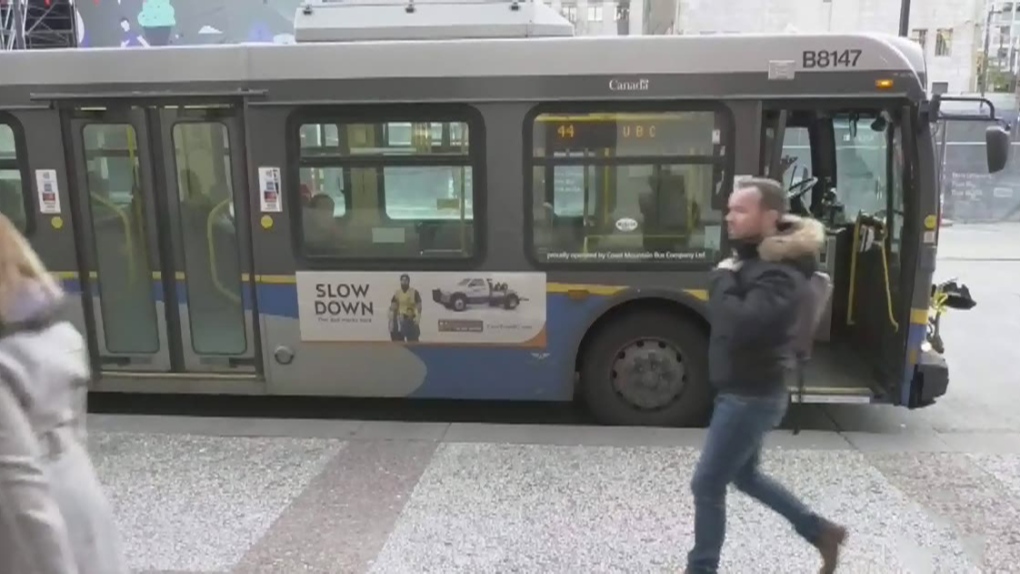 VANCOUVER – A Metro Vancouver bus strike is now in its ninth day, but the union representing transit workers says it’s unlikely there will be an escalation of job action during the Remembrance Day long weekend.

Bus drivers and maintenance workers are still on the job, but maintenance staff are no longer working overtime as their union and employer, Coast Mountain Bus Company, continue to be at loggerheads over wages and working conditions. That includes problems with drivers getting enough time for bathroom breaks.

Throughout last week, commuters were feeling the pinch as some Seabus sailings were cancelled and some buses were arriving less frequently.

On Saturday, no SeaBus cancellations were expected.

TransLink is encouraging transit users to sign up for real-time alerts at alerts.translink.ca to see whether their commute may be affected by the job action.

Coast Mountain Bus Company and Unifor, the union representing the transit workers, remain far apart and have not returned to the bargaining table.

“It’s $608 million over what we have on the table, and that’s over 10 years,” said Michael McDaniel, president and general manager of CMBC, in an interview with CTV Morning Live earlier this week. “It’s unaffordable for us to do that.”

Gavin McGarrigle, western regional director for Unifor, said on Thursday that the company had called him wanting to discuss “one issue,” but McGarrigle said the union wouldn’t return to bargaining table until the company is willing to talk about “all the issues.”

McGarrigle said transit users will continue to see unpredictable bus frequency disruptions, and if the union escalates to an overtime ban for bus drivers, “they’re going to have to look at cancelling entire runs.”

“If we move to the next step, which is likely to be an overtime ban for operators, it’s very hard to predict exactly,” McGarrigle said. “But we think about 10 to 15 per cent of the entire system will be affected.”