'No crying in baseball': Vancouver's Kelly McCormack takes on famous line in reboot

'No crying in baseball': Vancouver's Kelly McCormack takes on famous line in reboot 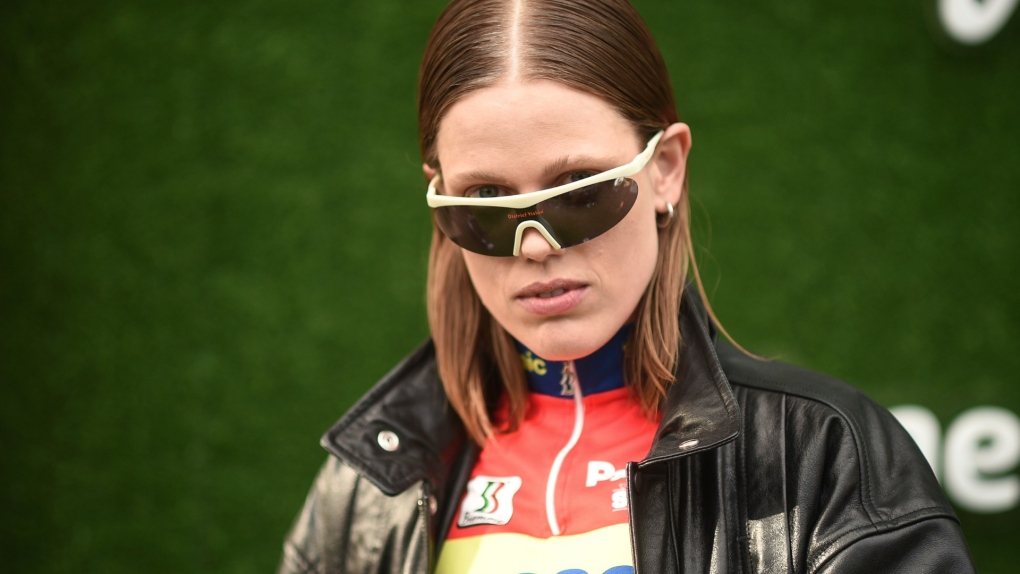 Kelly McCormack arrives at the premiere of "A League of Their Own" on Thursday, Aug. 4, 2022, at Easton Stadium in Los Angeles. (Photo by Richard Shotwell/Invision/AP)
Toronto -

Nobody can fill the shoes of Hollywood star Tom Hanks, of that actress Kelly McCormack is certain.

Yet on the new TV series “A League of Their Own,” the Vancouver native was assigned a task nearly as stressful as emulating Hanks: saying one of his most iconic catchphrases.

“There's no crying in baseball!”

The five words are wailed by Hanks in the 1992 sports comedy, as he plays alcoholic manager Jimmy Duggan who belittles his ragtag team of female baseball players all the way to the World Series.

In Amazon's substantially reimagined episodic remake, which debuts Friday on Prime Video, McCormack's character says the exact same words in a different context. Her version is a factual mic drop of sorts, with her character - a Rockford Peaches shortstop from Moose Jaw, Sask. - blurting out the statement before storming away from her team.

“I was thrilled and excited - and then I was immediately terrified,” McCormack said of learning she would recite the famous quote.

“My strategy was just to say it; not try to delve into any sort of homage to Tom Hanks.”

McCormack is still nervous about how her performance will be received. Ahead of the show's release, she says she's asked the few people who've seen the episode whether they think her delivery works.

The tweak is one of many curveballs in a reboot that tosses out the playbook of the original movie.

While both the film and TV series are based on the real-life All-American Girls Professional Baseball League (AAGPBL), the TV version of “A League of Their Own” heads in a different direction by disposing some prominent characters, introducing new ones, and playing out over an eight-episode arc that mainly unfolds off the field.

The extra runtime allows co-creator and lead actress Abbi Jacobson, formerly of “Broad City,” to explore narratives about race and gender identity in the 1940s, while lending more screen time to a queer culture that existed in the shadows of the women's baseball team.

Historical accounts have detailed romantic relationships between some players that were kept hidden.

The women's baseball teams faced strict rules on presentation. They couldn't be seen wearing trousers and weren't allowed to smoke. The league lived by the motto, “Play like a man, look like a lady.”

During a recent panel at the Tribeca Film Festival, Maybelle Blair, a pitcher for the AAGPBL's Peoria Redwings, spoke about her experiences before coming out as a lesbian for what she said was “basically the first time.” She's 95 years old.

“A League of Their Own” balances the verve and humour of the original film while it wrestles with themes of prejudice and the pressures of conforming.

“Every time we were reading the scripts, it was sort of a shock to go: `Wow, we're actually doing this,”' McCormack said.

“When I watch the series, my first reaction is I have never seen something like this before.”

Beyond owning Hanks' famous line, McCormack plays a supporting role as Jess McCready, a fictional shortstop who migrated south of the border from Moose Jaw to, as the actress puts it, play baseball, smoke cigarettes and hit on women.

The character was written before McCormack was cast, but she said the writers allowed her to fine-tune the specifics.

The actress drew on research about the Prairies to deepen her understanding of who a “rural farm boy” of the time might be.

When talking about the character, McCormack uses various pronouns, eventually concluding that Jess probably wouldn't be focused on how their identity took form in words.

“I was excited to play someone whose vocation and passion superseded any other type of self-identity,” McCormack said.

“Ultimately, Jess identifies as a ballplayer.”

Some viewers may find “A League of Their Own” plays too liberally with the original film, but McCormack said there wasn't a moment where she second-guessed what the creators were doing.

“Whatever the film started, we just took the baton and kept running with it.”

This report by The Canadian Press was first published Aug. 8, 2022.

Sport Minister Pascale St-Onge is once again calling for change in Hockey Canada's leadership in the wake of new allegations against the troubled sporting body.

A new project called '4000 Cover Stories' is re-imagining the stories of missing and murdered Indigenous women and girls in Canada with the front-page prominence their families feel they deserve, with advocates planning to deliver the massive newspaper to the prime minister.