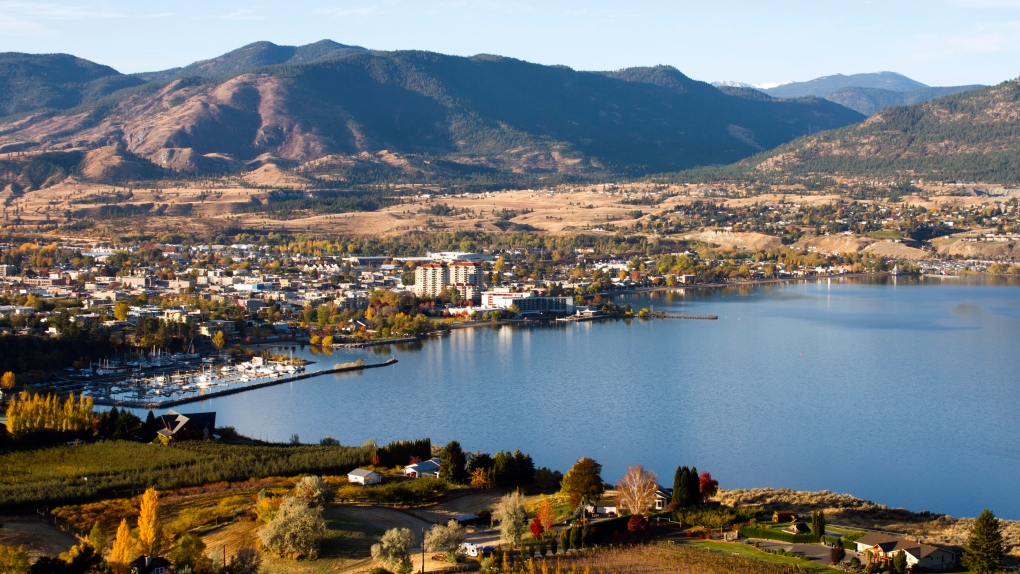 Penticton, B.C., is seen in this undated image. (Shutterstock)

An airline has announced it'll soon expand its service in B.C., offering flights between Vancouver and Penticton.

"This new service will not only connect British Columbians and all Canadians who will use this route, but will also create good local jobs and help grow our economy," said Minister of Transport Omar Alghabra in a news release.

"Our government operates the Penticton Airport to provide safe and reliable service for the Okanagan communities and today's announcement will do just that.”

Flights will run on Mondays, Tuesdays, Wednesdays, Thursday, Fridays and Sundays. They'll depart from Vancouver at 12:45 p.m. and land 50 minutes later. Heading the other direction, flights will depart at 2:05 p.m. and land at 2:55 p.m.

The airline says with the new route, it'll be the only operator offering direct flights from Penticton to Calgary. Travellers heading to or from Vancouver can already fly direct with Air Canada and Cascadia Air.

"The expansion of WestJet service is another example of the growth that Penticton is experiencing," said Mayor John Vassilaki in a statement.

"As more and more people recognize the advantages of living and working here, the addition of more direct flights to Vancouver will benefit everyone – from tourists to businesspeople."

The drive from Vancouver to Penticton takes approximately 4.5 hours, depending on traffic.