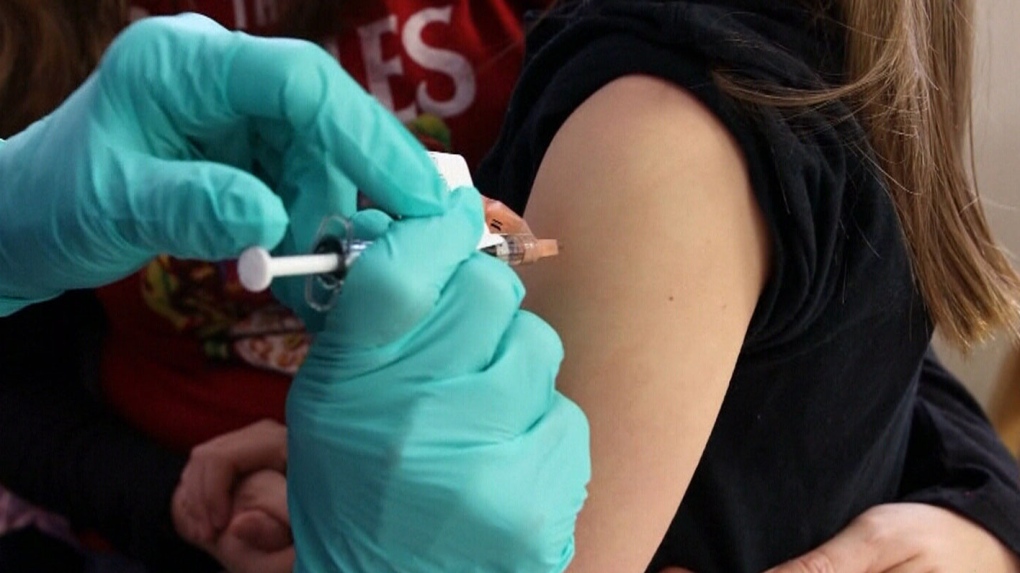 Just 56 per cent of kids aged five to 11 in B.C. have received one dose of the COVID-19 vaccine, and one expert says the province needs to change its messaging and strategy in order to move the needle and increase immunization rates.

Vaccines for kids in this age group were approved in Canada in November 2021. As of March 27, 56.9 per cent of kids had received one shot, and 39.5 per cent have two doses.

Federal data shows uptake has plateaued nation-wide – rising less than one percentage point in the last six weeks. This is the case in British Columbia, as well, according to the B.C. Centre for Disease Control (BCCDC).

Dr. Marie Tarrant, a professor in the School of Nursing at UBC Okanagan, says getting more kids vaccinated should be a public health priority as restrictions continue to lift and health officials warn of a resurgence of the virus driven by the BA.2 sub-variant of the Omicron strain.

“The rate is very low. It's nowhere near what it should be,” she said.

“The current strategy is not working.”

Tarrant thinks public health messaging in the province – which she says has emphasized low transmission in schools, and the relative mildness of the virus in kids – is a key reason why parents aren’t prioritizing immunization.

“We know kids get COVID in droves. The Omicron outbreak showed, certainly, that kids do get COVID in equal or higher numbers than adults, and it's not a mild disease in all kids. It is milder in kids than it is in adults, but some kids get very sick,” she said.

No kids this age have died from the virus since the onset of the pandemic. There have been 104 hospitalizations, and 10 admissions to the ICU, according to the BCCDC. However, the number of kids who are seriously ill rises along with the number of infections.

“Rising case incidence among children and youth in B.C. due to the emergence of the Omicron variant led to an increase in hospitalizations and a slight increase in critical care admissions starting in January 2022,” reads a report from the BCCDC from March 1.

Beyond the fact that some children do get very sick, Tarrant thinks the province’s messages miss the mark because they don’t focus on the role children play in community transmission.

As for what could be done differently, Tarrant points to Newfoundland and Labrador, where about 85 per cent of kids five to 11 have one dose. That province, she says, has stressed that children can spread the virus to older and vulnerable caregivers, as well as children who are too young to be vaccinated.

Vaccine clinics have also been set up in schools there, which is something that B.C. has not yet tried. Tarrant says the convenience of this option could increase uptake by eliminating some logistical challenges.

Concerns over the low rate of vaccination among this age group were raised by Prime Minster Justin Trudeau back in January. At that point, the rate was 51 per cent and cases were surging due to the Omicron variant.

“The vaccination rate for kids 5 to 12 is too low in Canada, which means not only are kids more vulnerable, but all of society,” Trudeau said at the time.

“We need to do what’s right; we need to continue to do the right thing. That means getting our kids vaccinated. It is safe and effective and the right way to get through this pandemic.”

A fire ripped through a church in the Egyptian capital of Cairo on Sunday sending huge amounts of thick black smoke into the air as congregants worshipped, killing at least 41 and injuring 14, the Coptic Church said.

Two-time champion Simona Halep has advanced to the National Bank Open's final. The Romanian beat Jessica Pegula of the United States in the WTA event's first semifinal on Saturday.

A delegation of American lawmakers is visiting Taiwan just 12 days after a visit by House Speaker Nancy Pelosi that angered China. China responded to Pelosi's visit by sending missiles, warships and warplanes into the seas and air around Taiwan.