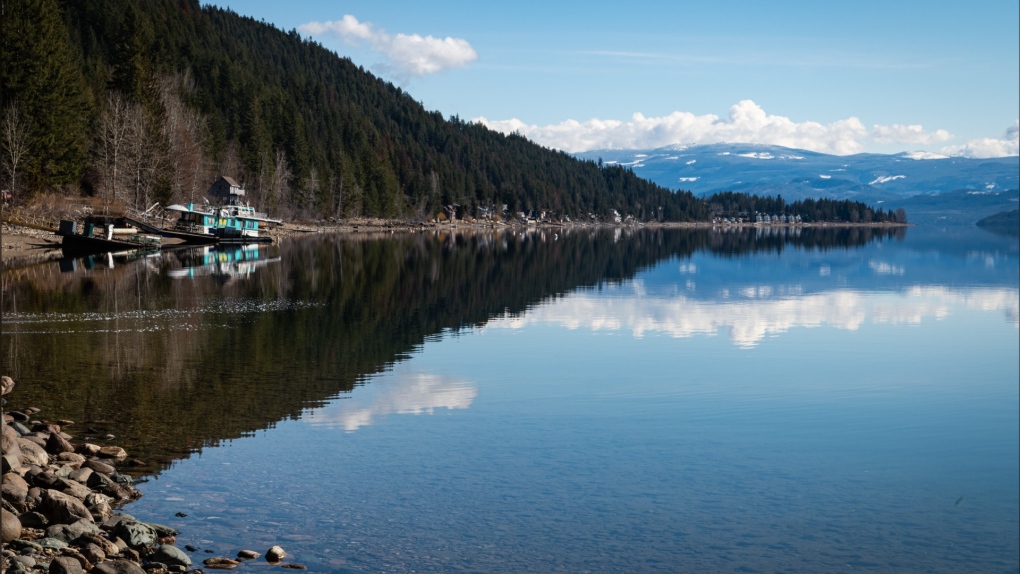 Shuswap Lake, in the vicinity of Scotch Creek, B.C., is seen in March 2022. (Shutterstock.com)

A 52-year-old man has been arrested and charged with a murder that took place more than 17 months ago in the B.C. Interior, RCMP announced Friday.

Paul Vincent Binder is accused of shooting 32-year-old John Vance in the community of Scotch Creek, B.C. on June 25, 2021, according to a news release from the B.C. RCMP Major Crime Section and Chase RCMP.

Around 5:45 a.m. on that date, officers from the local detachment responded to a reported shooting on Squilax-Anglemont Road in the village, which is located on the north shore of Shuswap Lake.

When they arrived, police found a man who had been shot. He died from his injuries, and a few days after the shooting police publicly identified him as Vance in hopes of generating leads in the case.

Binder was charged on Dec. 5 and subsequently arrested, police said. They described the charge against him only as "murder," and did not specify whether he's accused of first- or second-degree murder.

Similarly, online court records do not specify the degree of the charge, but they do indicate that Binder's next court appearance is scheduled for Dec. 15 in Kamloops.

Police said he's being held in custody while awaiting his court date.

"I’m appreciative for the assistance from our partners and the ongoing efforts by the investigative team in bringing this matter to its current state," said Insp. Brent Novakoski, senior investigating officer for the B.C. RCMP's Southeast District Major Crime Section, in the news release.

The Mindbender roller coaster at Galaxyland has been shut down, West Edmonton Mall announced on Monday. The redevelopment of the area is already underway, and the roller coaster is being decommissioned and removed.