Why are some street lights purple in Vancouver? Here's what the city says

Why are some street lights purple in Vancouver? Here's what the city says 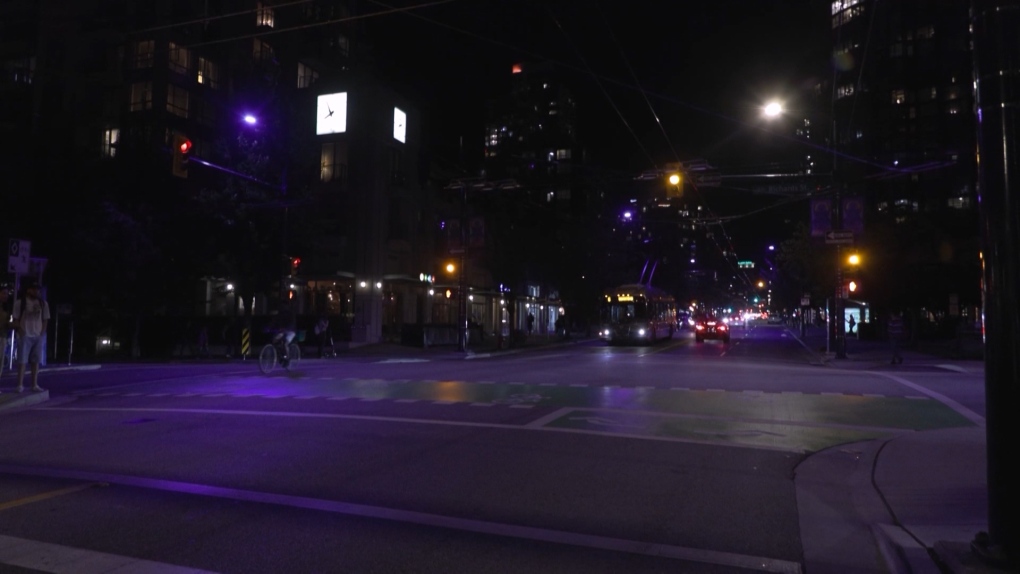 While driving, cycling or walking through downtown Vancouver at night, some residents and visitors have noticed a purple glow coming from street lights.

As it turns out, the colourful effect isn't on purpose – it's caused by a manufacturer error related to the coating of the LED lights, the City of Vancouver told CTV News Vancouver in an emailed statement.

All purple street lights in the city are being replaced under warranty by the manufacturer, American Electric Lighting.

The city said the problem was first noticed in 2021 and it's believed to be connected to lights installed between June 2017 and June 2019. In total, an estimated 350 lights may be impacted and 111 have been reported as already having the purple hue.

The city said the company's also analyzed the problem to make sure it doesn't happen again.

"There is no health risk associated with the unintended colour, and the city is working with the manufacturer to identify and replace all failures," the city's statement said.

On Vancouver Island, affected lights along the Malahat were identified for replacement, according to the Transportation Ministry.

"This has occurred at isolated locations and is not anticipated to be an ongoing issue," the ministry said in a statement in June.

The problem's not unique to B.C., as the glow's been spotted in other major cities across North America including cities in Kansas, Maryland and Nebraska.

Does anyone know why certain #Vancouver street lights are purple? pic.twitter.com/GCtwi5EMEB

Seen any purple street lights around town? While they put off a serious Cats vibe, it's actually a manufacturing defect of some LED bulbs, according to Evergy. The manufacturer is taking full responsibility to replace them. They should be swapped out over the next 4-6 months. pic.twitter.com/2KYlhoj3jg

Shout out to the purple led street lights at 6 mile and Woodward pic.twitter.com/KDOtUbFRon

Purple Street Lights in St. Paul (caused by a failure of the yellow phosphor in the LED chips) pic.twitter.com/SE4Cb1fgJo

Four men are facing dozens of charges after a years-long drug-trafficking investigation that police say disrupted the expansion of the Hells Angels motorcycle gang on Vancouver Island.

Poland's culture authorities said Thursday a painting by Wassily Kandinsky that was auctioned in Germany for almost 390,000 euros belongs to Poland, where it was stolen in 1984.